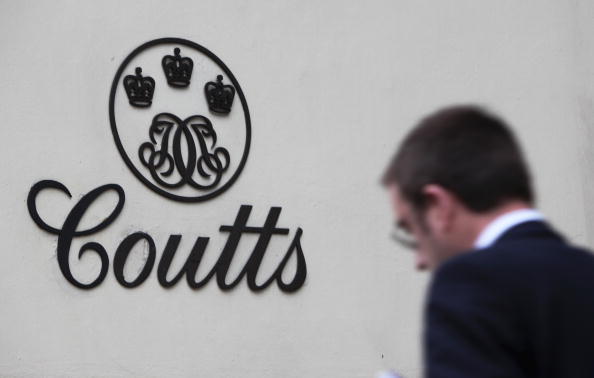 Royal Bank of Scotland confirmed it was considering selling the international arm of its private bank, a deal one source said could net it as much as $1 billion, as the British government leans on it to focus more on domestic lending.

The move means that Coutts, founded in the 18th century and best known as banker to the Queen of England, could be split into two businesses – one based in Britain and one in Zurich from where it runs operations in Hong Kong, Singapore, Abu Dhabi and Dubai that manage nearly $36 billion in client assets.

RBS has attracted a variety of offers from a range of bidders including unnamed Asian and North American parties for Coutts International, two sources with knowledge of the operation said.

The sale could net RBS between $720 million and $1.1 billion, based on a multiple of two to three per cent of assets under management, said a third person with knowledge of the matter.

The bank told staff on Monday that it was exploring a sale, confirming a report by Reuters earlier in the day.

RBS is 81 per cent owned by the state following a 45 billion-pound ($75.52 billion) rescue operation post-financial crisis and is now under pressure to focus on loans to UK households and businesses and help support the country’s economic recovery.

It has undergone a major restructuring in order to pay back taxpayers’ funds and eventually return to private ownership, and appeared a step closer to doing both after it posted a surprise 1 billion pound quarterly profit recently.

As part of the RBS overhaul, Coutts’ international unit, which employs 1,200 staff, has dramatically cut the number of countries it serves.

Like many Swiss private banks, Coutts International’s prospects have dimmed due to an international crackdown on untaxed assets being held in so-called offshore centres such as Switzerland.

While Coutts isn’t under criminal investigation in the U.S., it is one of more than a 100 Swiss banks which have come forward to American prosecutors in a tax probe. Swiss banks with reason to believe they may have committed tax offences by helping wealthy Americans evade taxes are eligible for a non-prosecution agreement if they come clean and face fines.

The Coutts unit, which posted a net loss last year due to provisions including for a U.S. tax crackdown, is unlikely to hit a return on equity target of more than 15 per cent, said the memo from RBS, which also referred to “compressed margins and the increasing need for scale in international business”.

Last year, Coutts International’s operating profit stood at 103 million francs when stripping out costs to cover the U.S. tax crackdown, close a branch in Berne, Switzerland and for bad loans granted in Asia.