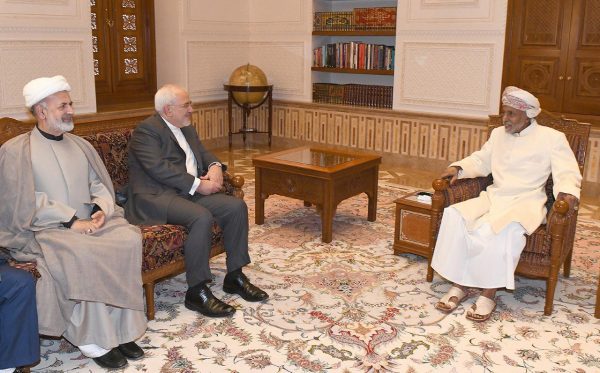 The ruler of Oman received Iran’s foreign minister on Monday, the state news agency ONA reported, in a rare official appearance for the long-time leader.

Sultan Qaboos, who is in his late 70s, was pictured in conversation with Iran’s Javad Zarif at al-Shumoukh fort in the state of Manah, south-west of Oman’s capital, Muscat.

The agency said Qaboos and Zarif discussed cooperation between the two countries and regional issues, but gave no further details.

Zarif was due to visit Qatar on the second leg of his Gulf tour. Qatar has grown closer to Iran since Saudi Arabia, the United Arab Emirates and Bahrain imposed sanctions on Doha in June, accusing it of supporting terrorism, a charge it denies.

In the past two years, Qaboos has been to Germany several times for medical checks, fuelling concern over succession in the U.S-allied state. He has no children and has not publicly appointed a successor.