Ramadan Q&As: Everything you need to know - Gulf Business 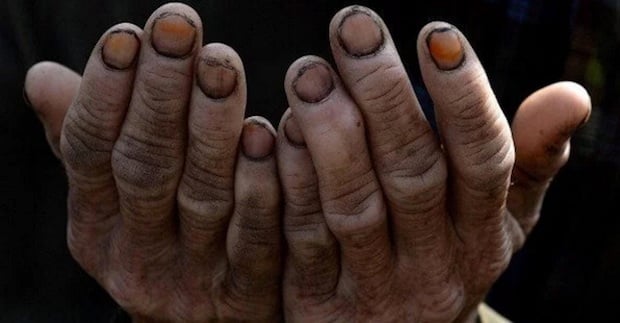 With Ramadan expected to begin on Monday June 6, our sister magazine What’s On has compiled a list of do’s and don’t during the holy month.

Lasting about a month, it marks the time when the Qur’an was first revealed to the Prophet Mohammed (PBUH). Extra tarawih prayers are performed at the mosque throughout Ramadan and each evening 1/30th of the holy book is recited. By the end of Ramadan, observers have read the entire Qur’an.

Here are the Five pillars of Islam…

Fasting during Ramadan This is an annual commitment that Muslims follow

Pilgrimage to Mecca All Muslims are obliged to do the hajj, the trip to Mecca, at least once in a lifetime

For Muslims, everyone is required to fast, but there are exceptions. Young children, pregnant women and the elderly and infirm are not required to fast due to possible health complications. Women on their monthly cycle do not fast, nor do people who are ill. If there is a temporary break in the fast, Muslims are required to make up the missing days after Ramadan. Non-Muslims are not required to fast. However, they should behave sensitively throughout Ramadan, which means no eating, drinking or smoking in public during daylight hours.

Iftar  The meal at sunset when Muslims break their daytime fast.

Suhoor Technically the meal before sunrise before Muslims start fasting. Much more laid back than iftar, suhoor often starts late at night and runs into the early hours of the morning

Hilal The thin crescent moon marking the beginning of a new month in the Islamic calendar, which is used to predict the start of Ramadan

Sunnah  The teachings and practices of the Prophet Mohammed (PBUH). Eating dates to break fast, for example, is a sunnah

DO make the most of the community spirit. Introduce yourself to your neighbours, get involved in and catch up with friends and family.

DO accept food and drink when offered during iftar – it is a sign of respect and friendliness. DO remember that your office hours are likely to change, whether you’re Muslim or not. The general UAE labour law states that all workers’ hours are reduced during Ramadan to six hours a day. However, the DIFC labour law stipulates that the shorter working day is just for those fasting.

DO your bit for a good cause. Ramadan is a good time to put your money where your mouth is. The UAE has a wide range of charitable and volunteering organisations that you can get involved
in.

DO embrace the culture. Take your family to tents, play a set of backgammon or bring a deck of Uno cards, and relax with a Moroccan mint tea.

DO try fasting for a day. It’s a good way to understand what your Muslim friends and colleagues are experiencing.

DON’T forget the rules. Eating, drinking and smoking during daylight hours is prohibited, even if you’re not Muslim.

DON’T play loud music or swear in public as it may offend those who are fasting.

DON’T get into arguments or fights. Ramadan is the month of peace and serenity.

DON’T miss it. Many expats tend to leave during Ramadan, but this is one of the most vibrant times in the UAE. It’s the perfect time to immerse yourself in the culture.

Eid Mubarak
Blessed Eid (only used during Eid Al Fitr, at the end of Ramadan)