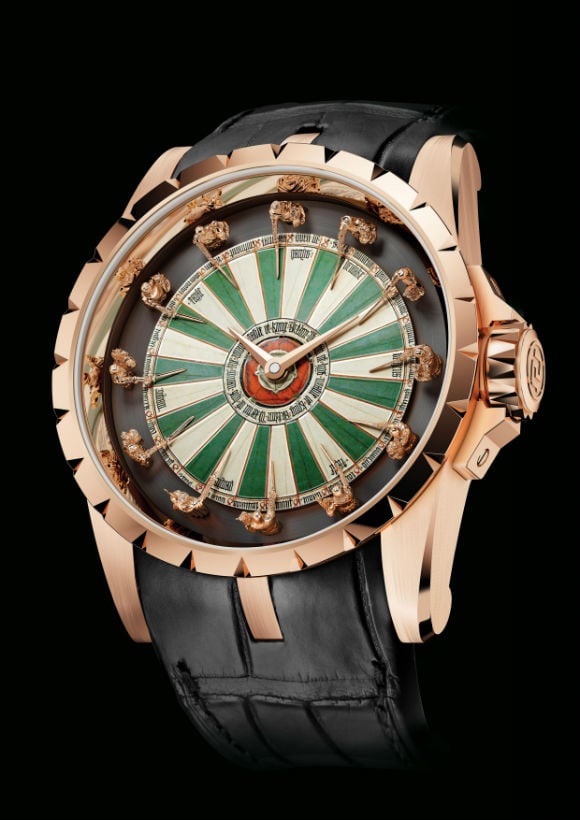 Ralph Lauren has turned to a unique and unusual source to help create his company’s latest watch for its 2013 collection, using the same wood that lines the dashboard of his prized car.

The founder of the American brand owns one of the world’s largest and most expensive private car collections, which includes the rare 1938 Bugatti type 57SC Gangloff drop head coupe.

It was the wood that lines the classic sport car’s interior that inspired Lauren to use the same piece of wood for one of the brand’s new watches, revealed a Ralph Lauren spokeswoman at the company’s SIHH presentation in Geneva on Monday.

The spokeswoman said: “The fashion label’s new line of watches are designed along the theme of an African safari, which the Bugatti wood lends itself to nicely.”

The childhood tale of King Arthur pulling the sword from the stone before forming the round table, led to the Swiss watchmaker creating highly intricate designs including individual, hand-made knights at the hour positions on the Excalibur Table Ronde.