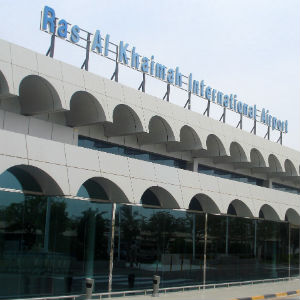 Ras Al Khaimah International Airport announced that passenger numbers increased by 58.5 per cent in the first quarter of the year compared with the same period a year ago.

“We are delighted that growth is exceeding our expectations of 50 per cent,” Andrew Gower, RAK airport director said in a statement.

“There are many factors behind this growth, such as our attractive pricing structure, the introduction of our new ground handling operator, the development of new routes and the improving in-terminal facilities,” he said.

The RAK airport, which is currently on an expansion drive, plans to merge its arrival and departure terminals and increase passenger capacity from 250,000 to two million in the next 12 to 18 months, Gower recently told Gulf Business.

The airport is also ramping up its retail and F&B offerings.

“The airport has just taken back the responsibility for running the duty free shop and expanded it three fold. And in the last few weeks, we saw passenger penetration in terms of what they are spending go up around 70 per cent simply because its accessible and visible,” Gower said.

“We will be getting all the international retail brands and we are also building a food court in the next 18 months,” he said.

“Airlines who are early entrants into RAK International Airport will capitalise on the market share,” he said.

“In addition, we have relatively quieter skies above us and ample take-off and landing slots, unlike some of our neighbours,” he added.