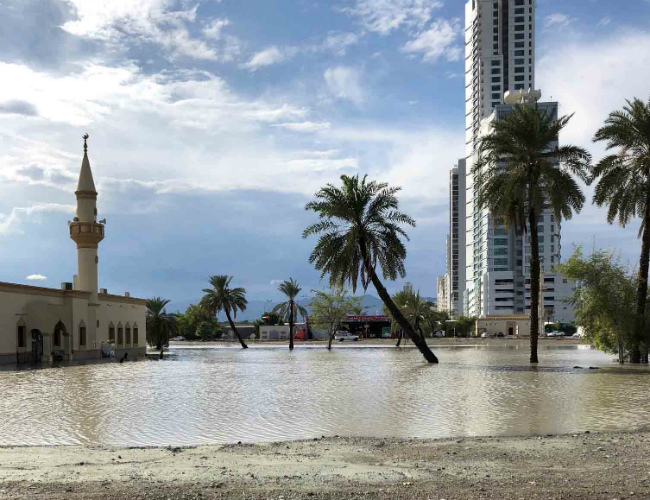 The UAE’s National Centre of Meteorology (NMC) has said the unstable weather seen across the country since the weekend should stabilise tomorrow following heavy flooding.

The National Emergency Crisis and Disaster Management Authority said hundreds of people were evacuated from their homes on Sunday due to flooding in areas including the emirate of Fujairah, the city of Al Ain and Kalba and Khorfakkan in Sharjah.

The centre said the instability in the weather would gradually ease on Monday evening into Monday night but warned of interspersed cloud and rain in the coming hours.

Active winds at sea are expected to mean dangerous conditions in the Arabian Gulf and Sea of Oman will continue, with waves of up to seven feet expected on the coast and sand and dust reducing visibility on land.

Drivers are warned to take precautions in the event of rain and low visibility and advised to stay away from places where water is collecting including highlands and valleys.