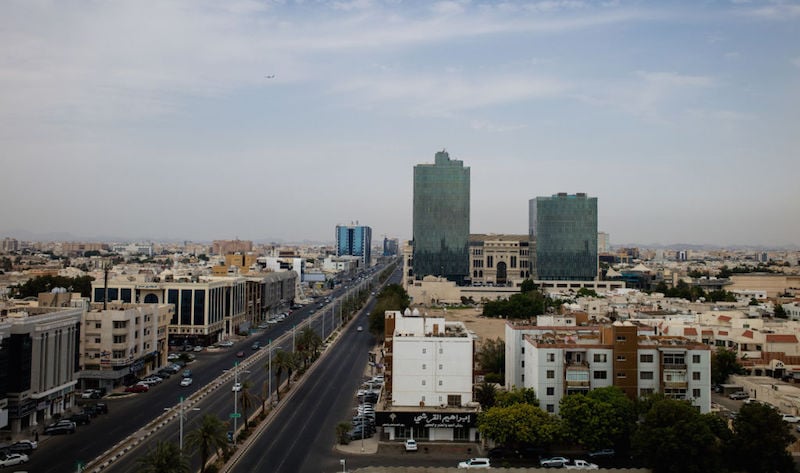 A foreign student who had been quarantined on suspects of having contracted a respiratory virus committed suicide on Saturday, Arab News reported.

Saudi health officials confirmed that a student had been admitted to King Fahd hospital on Friday. He was suspected of having a respiratory virus based on the symptoms at the time of the admission, a statement said.

However, it was not specified whether the virus was thought to be coronavirus or not.

In line with precautionary measures, the patient was quarantined and kept in an isolation room pending results of his tests.

But he plunged to his death from the room window prior to the release of the laboratory results that tested negative of the virus.

The patient, who had lived in Saudi Arabia for the past eight months, was a student at King Abdulaziz University, the statement said.

The officials did not offer details on his nationality.

“The resident was placed in a completely closed isolation room, according to the health requirements, but the resident removed the window’s safety button and threw himself at 12.24am. The student was announced dead at 3.30am on Saturday” – a statement issued by the Jeddah Health Department read.

The department added that concerned officials and security authorities are investigating the incident.

Earlier this month, Saudi Arabia had suspended travel to China for its citizens and residents in a bid to contain the spread of the new coronavirus infection.

Post the outbreak – that emanated from the Chinese city of Wuhan, and has claimed more than 1,660 lives since – Saudi Arabia’s embassy in China confirmed that it was evacuating all its nationals from Wuhan.

Also read: Saudi evacuating its citizens from Wuhan as coronavirus spreads across China