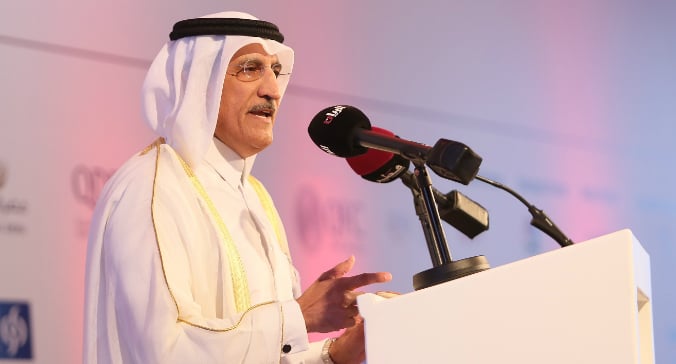 Sheikh Abdullah is currently chairman of telecommunications firm Ooredoo, a position he has held since 2000, served as chief of the royal court from 2000 to 2005 and has been a member of the country’s planning council.

A source familiar with the matter said the change in leadership would not alter the fund’s strategy, estimated by the Sovereign Wealth Fund Institute to be worth about $170 billion.

The appointment by the emir, Sheikh Tamim bin Hamad al-Thani, was announced on the official Qatar News Agency (QNA).

Sheikh Abdullah replaces Ahmed al-Sayed, who had been chief executive of Qatar Holding, the investment arm of QIA, before his appointment to the QIA job in July 2013.

Sayed is set to be appointed as an adviser to the emir following his departure, and will retain his minister of state title which he held concurrently with the top job at the fund, the source added.

Sheikh Tamim also ordered a reshuffle of QIA’s board of directors, the news agency said, in a move which saw him step down as chairman.

The new chairman is the emir’s half-brother and was appointed as deputy emir on Nov. 11. He moves up from vice-chairman, where he is replaced by Sheikh Ahmed, the son of the man who was CEO of the QIA prior to the appointment of Sayed, Sheikh Hamad bin Jassim al-Thani.

The QIA has recently focused on Asia as it looks to diversify its portfolio of assets away from Europe, where it has predominantly invested in the last few years.

It aims to invest between $15 billion and $20 billion in Asia over the next five years, Sayed said in November.

The QIA signed an agreement with China’s state-owned conglomerate CITIC Group Corp last month to launch a $10 billion fund that will invest in Asia. The QIA also spent $616 million on a 19.9 percent stake in Lifestyle International Holdings, a department operator in Hong Kong and mainland China.

Sayed has a reputation as a savvy negotiator and aggressive dealmaker. He was also one of the few senior executives to run a major state-owned entity who was not from the al-Thani family.