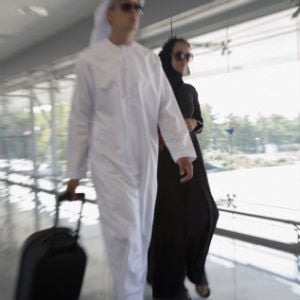 Qataris are the biggest travel spenders in the GCC region, with an average expenditure per family of $4,100 per day, according to a new survey conducted by the Emirates Aviation College.

The survey found that travellers from Saudi Arabia spent an average of $3,360 per day, while UAE travellers shelled out $3,280 per day.

“The class of travel is also important, with 40 per cent of Qataris interviewed opting for first class, and between 40 and 60 per cent of all GCC nationals booking business class,” said Sunil Malhotra, senior lecturer at the college and author of the report.

The survey also found that 53 per cent of the respondents are planning to travel to between two and five countries for leisure or pleasure within the next 12 months, with Saudi nationals the most frequent travellers, followed by the UAE.

“Cultural experiences and family-focus are the two most important factors when planning travel, with 40 per cent of survey respondents looking at taking an extended three to four-week trip in the next 12 months,” said Malhotra.