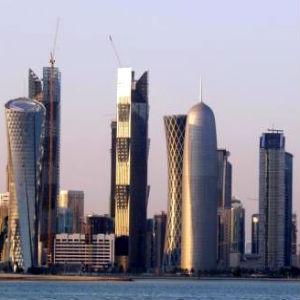 Qatar’s economic growth slowed in the third quarter of the year but was supported by strong expansion of non-oil sectors, data released by the statistics authority showed on Sunday.

Gross domestic product in the July-September period, adjusted for inflation, rose 3.9 per cent from a year earlier and grew 1.7 percent from the previous quarter.

That marked a slowdown from the second quarter of this year, when real GDP grew five percent from a year ago, and the first quarter, when growth was 6.9 per cent.

A period of heavy investment in Qatar’s oil and gas resources ended last year, meaning the energy industry, which accounts for almost half the economy, is now contributing much less to growth.

The mining and quarrying sector, which includes oil and gas, shrank 0.8 per cent from a year ago in the third quarter and rose only 0.6 per cent from the previous quarter.

But other parts of the economy picked up much of the slack, with manufacturing expanding 13.6 per cent year-on-year, construction growing 9.4 per cent and the financial sector rising 4.7 per cent.

Qatar plans to spend tens of billions of dollars on infrastructure in the coming years to help it host the 2022 soccer World Cup. The government’s planning authority said last week that after a slow start, the building plans were picking up speed and would accelerate further next year.