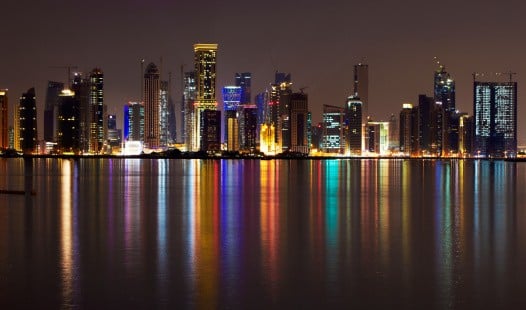 Qatar’s draft media law came under fire on Tuesday from Human Rights Watch, which singled out “loosely worded provisions” penalising criticism of the Gulf emirate and its neighbours.

The New York-based organisation urged Qatar’s Emir Sheikh Hamad bin Khalifa al-Thani not to approve the law as drafted, calling it “a commitment to censorship”.

Qatari officials could not immediately be reached for comment.

Freedom of expression is tightly controlled in the Gulf state, with self-censorship prevalent among national newspapers and other media outlets.

A close U.S. ally that hosts a large U.S. military base, Qatar has escaped the unrest that has engulfed other parts of the region. It lacks any organised political opposition.

Although the draft calls for abolishing criminal penalties for media law violations, it contains some sweeping provisions.

Article 53 prohibits publishing or broadcasting information that would “throw relations between the state and the Arab and friendly states into confusion” or “abuse the regime or offend the ruling family or cause serious harm to the national or higher interests of the state”.

The draft approved by the emir’s advisory Shura Council in June would be the first change to Qatar’s media law since 2008, when the government set up the Doha Centre for Media Freedom.

“Qatar’s commitment to freedom of expression is only as good as its laws, which in this case do not meet the international standards it professes to support,” Joe Stork, deputy Middle East director at Human Rights Watch, said in a statement.

“Instead of supporting press freedom, this draft media law is a commitment to censorship.”

The charge Ajami faces carries the death penalty. In his poetry, Ajami has praised the revolutions that have swept the Arab world and has criticised the emir of Qatar. His next court hearing is scheduled for Nov. 29.

“If Qatar is serious about providing regional leadership on media freedom it should remove the problematic provisions from its draft media law and drop all charges against Muhammad Ibn al-Dheeb al-Ajami that solely relate to his exercise of free speech,” Stork said.