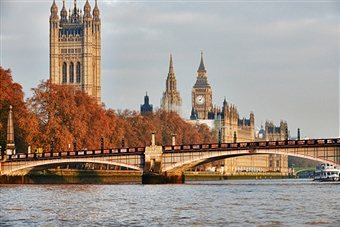 A Qatari-backed plan to redevelop a central London site next to the River Thames has been given the go-ahead by the British government, ending months of uncertainty about the project after it was subjected to a review.

The start of building had been delayed after the government intervened to consider how the project would affect views of the Houses of Parliament and Big Ben – a UNESCO world heritage site on the opposite side of the Thames.

Braeburn Estates, a joint venture between Qatari Diar and Canary Wharf Group which will fund the development, said building would now start later this summer, having earlier been scheduled to start in late 2013.

Under the plan, eight new buildings will be constructed in the area around the 1960s British headquarters of oil company Shell, near to the landmark London Eye wheel on the south bank of the Thames, creating a 1.45 million sq ft complex with shops and offices and 877 homes.

Shell will stay in its current 27-storey building and also take more space in one of the new buildings, with construction to place over the next six years.

Qatar has built a significant presence in London’s real estate market in recent years. The Shard, Western Europe’s tallest skyscraper at about 310 metres (1,016 feet), was funded by Qatar’s royal family and opened in 2012.