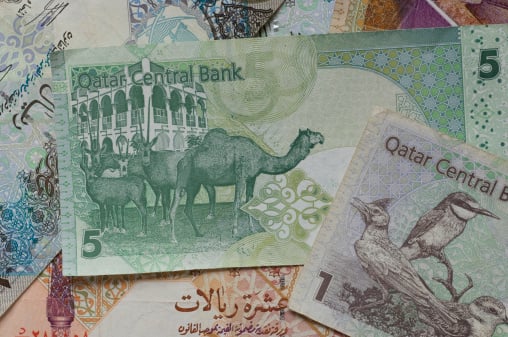 Yields in Qatar’s Treasury bill auction fell on Tuesday to their lowest level since at least October 2012 as demand increased to its highest in as many months, central bank data showed.

The central bank (QCB) drained QAR4 billion ($1.1 billion) from the market, keeping the amount unchanged from previous months. There is no available data from before October because the central bank did not publish it then.

Total bids rose to SAR11.1 billion for all three maturities combined from 10.5 billion in the previous month, the highest point since October 2012, when the QCB started to publish full results of its monthly auctions.

The central bank has been holding monthly auctions of 91-, 182- and 273-day T-bills since 2011 but the volume of funds drained through this tool has stayed constant despite a build-up in surplus liquidity in the banking system.

In March, the QCB launched quarterly issues of local currency bonds, giving it another tool to manage excess liquidity as the world’s top liquefied natural gas exporter readies for heavy infrastructure spending in the coming years.

Funds parked by banks at the QCB’s low-yielding deposit facility hit a two-year high of QAR203.6 billion in January, though they subsequently retreated to 87.4 billion in March before rising to 107.8 billion in April, QCB data showed.

Deposits in Qatari banks jumped 50.1 per cent to a record QAR522.9 billion in April, which was the fastest clip since December 2009.

Loose liquidity pushed the average three-month interbank lending rate down to 0.76 per cent in November 2012, the lowest since June 2011. It picked up again in recent months and stood at 1.06 per cent in April, according to the central bank data.