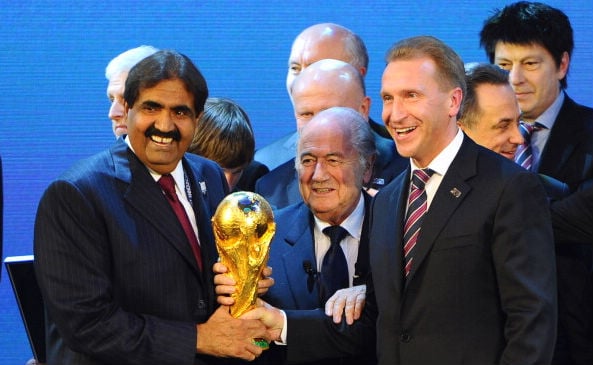 Spending related to the FIFA 2022 World Cup will need to increase this year, following lower-than-expected expenditure in 2012, according to a new study by Standard Chartered.

“In Q1-2013, we have seen positive signs related to Qatar’s spending commitments for FIFA 2022,” the bank’s quarterly MENA report said. “In addition, so far this year, the government has awarded a number of projects related to the country’s decade-long infrastructure commitments. Some of these projects should break ground by H2-2013.

“Between now and 2022 we expect almost $115 billion of government expenditure on infrastructure projects and FIFA 2022,” the report stated. However, it added that there will be a lag between project award and execution.

The report also stated that infrastructure projects will have a head start in the Gulf state. Earlier this year the government put out to tender a number of roads and sewerage development projects as part of its $20 billion roads and sewerage programme for the next five years.

But even as the projects take shape, Qatar will face numerous challenges in the run-up to FIFA 2022.

“Logistical challenges will be one, as the country will need to source significant amounts of goods (primarily building materials) and construction equipment to support the upcoming building boom. This is likely to translate into inflationary pressure in certain sectors of the economy,” said the report.

“We expect the prices of building materials and certain raw materials to begin to rise, and domestic transport and logistics costs are also likely to feel the pressure,” it said.

“We maintain our view of moderate 2013 inflation (3.8 per cent) for Qatar. However, from 2014 onwards, we expect to see inflation trend higher as rising imports related to construction activity drive up other components, such as transport,” the report added.

According to estimates, Qatar will undertake $120 billion worth of projects over the next seven years in the lead up to the 2022 World Cup.

The country require 12 football stadiums, 90,000 hotels rooms and infrastructure including a metro and national rail network capable of facilitating 400,000 visitors.