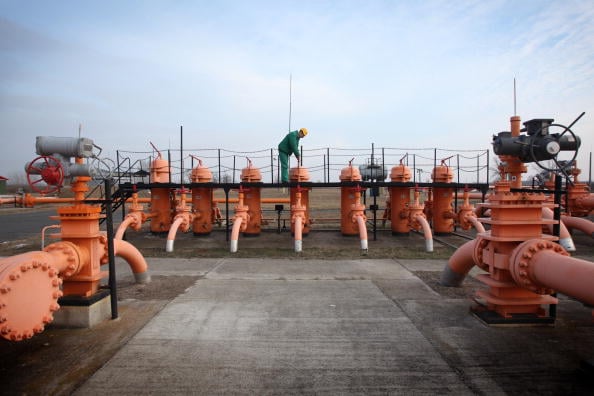 Qatar, the world’s biggest liquefied gas producer which is looking to grow more quickly abroad, has held initial talks with Germany’s No.2 utility RWE AG about buying its DEA oil and gas exploration and production unit.

RWE said in March it was planning to offload DEA to slash capital spending and cut its multi-billion euro debts, with one of the people saying the company aimed to raise about 5 billion euros ($6.5 billion) from the sale.

The talks are some way from bearing fruit, two people familiar with the deal told Reuters on Friday.

“The project has been moving very slowly and no decision should be expected anytime soon,” one of the people said.

RWE said it wants to sell DEA as a whole, but that could be difficult due to the complex structure of the unit which shares licences and concessions with companies including Norway’s Statoil, France’s GDF Suez, Italy’s Edison and Wintershall, the oil and gas arm of Germany’s BASF .

So far, Wintershall has been the only company to publicly confirm interest in DEA, which employs nearly 1,400 people and accounted for 23 per cent of RWE’s operating profit in 2012.

“We believe RWE might have to sell baskets of individual assets, rather than the entire company,” UBS said in a note.

Analyst have also cited instability in some of the regions where DEA has assets, including Egypt, where President Mohamed Mursi was overthrown by the army last week.

RWE, under pressure from Germany’s decision to exit nuclear power and squeezed by low wholesale prices in Europe, as well as its 33 billion euro debts, is trying to rid itself of assets which swallow large investments.

The company, which sources in March said had hired Goldman Sachs to manage the DEA sale, invested 700 million euros in 2011 and in 2012, a number expected to rise to about 900 million this year.

It is also trying to sell its 16.7 per cent stake in uranium enrichment company Urenco, which is co-owned by peer E.ON , Britain and the Netherlands.

Shares in RWE were one per cent higher at 1228 GMT, outperforming a 1-percent decline in the broader European utility index.

The Wall Street Journal reported late on Thursday that RWE has held talks on DEA with the Qatar Investment Authority (QIA).