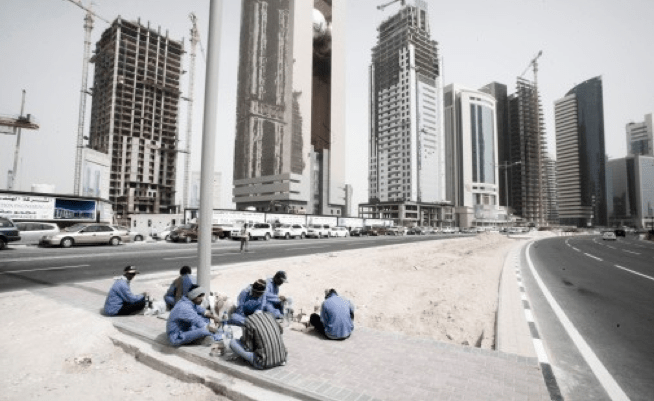 Qatar has ranked in the top five countries in the world for prevalence of modern day slavery, according to a new report.

Qatar has an estimated 30,300 people living in conditions of modern day slavery, according to the report. The country was given a score of 31.71 out of 100 for vulnerability to slavery.

In a ranking of the Middle East and North Africa region, Qatar was followed by Iraq, Yemen, Syria and Yemen, which had estimated slavery prevalence rates of 1.13 per cent each.

Further down the list, Gulf countries Kuwait, Bahrain, the UAE, Oman and Saudi Arabia ranked from six to nine, with prevalence rates of 0.46 per cent and lower.

The organisation said the kafala sponsorship system, which tied workers to their sponsors, prevented them from changing jobs and punished them for leaving exploitative situations, helped facilitate modern day slavery in many regional countries.

Other factors including early marriage, human trafficking and xenophobic attitudes to migrant workers, particularly from Asia and Sub-Saharan Africa, were also blamed.

Governments in the region were found to have performed well in creating basic legal frameworks to criminalise modern day slavery but legislative improvements often did not cover domestic workers. Walk Free encouraged more coordination across the region and urged certain governments to do more.

Government response for the GCC countries ranked from B for the UAE, to CCC for Qatar, Bahrain and Oman and CC for Saudi Arabia and Kuwait.

“Some governments in the region have the political security and financial ability to reform current practices and implement effective policies. Saudi Arabia, Kuwait, Oman, Bahrain and Qatar, in particular, can and should do more to improve their troublingly low response scores,” it said.

In Qatar specifically, the construction sector was found to be one of the most dominant forms of slavery, reflecting the demand of cheap labour to build infrastructure related to the 2022 FIFA World Cup and the country’s National Vision 2030.

The foundation said the majority of construction workers in the country were low, semi and unskilled and vulnerable to exploitation during the recruitment process. This included incurring debts to pay recruitment fees, reliance on their sponsor for residence and legal status and “discrimination from laws that criminalise workers for leaving exploitative situations”.

It said many workers were trapped in a debt cycle, particularly given high interest rates on their recruitment loans and the often lower than promised wages presented to them when they arrive in the country.

“Despite substantial international pressure to reform the treatment of migrant construction workers, reports continue to find workers facing conditions that may amount to those of slavery,” the organisation said.

“These include work performed under the threat of penalty or deportation, deprivation of food, inadequate accommodation with limited or no privacy, physical confinement in the work location/labour camp severely restricting freedom of movement, misrepresentation and substitution of types and terms of work, confiscation of identity documents, non-payment, withholding and/or deductions from pay, and unsafe working conditions in extremely high temperatures.”

It also pointed to the exclusion of domestic workers from the country’s labour law and said many continue to report serious maltreatment, including physical, psychological and sexual violence.

The organisation suggested despite some reforms to the country’s kafala system in 2015 that were not yet in practice, including regulation governing entry and exit form the country and changing jobs, migrant workers in the country were still dependent on their sponsors.

“The new law allows migrant workers to change employers after their contracts expire or after five years of working for one employer. As the suggested maximum duration of contracts is five years, and the law will not come into force until the end of 2016, it may be 2022 (the year of the World Cup) before an employee can change jobs without permission from their employer.”

It also argued there was “widespread reluctance” to extend the rights of domestic workers.

It recommended the government create an independent reform commission for labour rights, establish a minimum wage, include domestic workers under labour reforms and properly monitor the non-payment of wages. 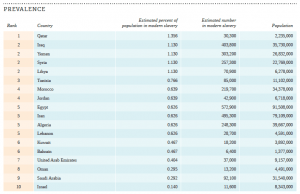