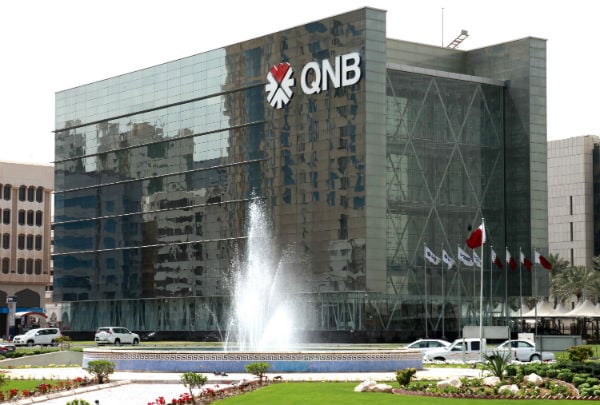 Qatar is luring high-profile bankers away from foreign firms by offering better pay and prospects, as the cash-rich Gulf state builds the talent needed to expand its financial footprint across the region.

The trend is a reversal of the traditional pattern in emerging markets, where high-profile multinationals have long been able to cherry pick the best executives for their operations.

Morgan Stanley and Goldman Sachs have lost their two top Qatar executives to local Qatari firms, financial industry sources said this week. A slew of other bankers have moved to the tiny Gulf state in the past year as Western giants scale back their presence in the region to cut costs.

“Bankers today are faced with a tricky question. Do they stick to their risky jobs at gold-plated firms, or move to regional firms in places like Qatar where there is a bit more security and in most cases more money?” said a senior Dubai-based banker.

“I am thinking they are choosing the latter option in most cases,” added the banker, who declined to be named because of the commercial sensitivity of the issue.

With an investment appetite of about $30 billion a year, QIA has picked up stakes in high-profile Western assets such as miner Xstrata, automakers Volkswagen and Porsche, and upmarket department chain Harrods.

Meanwhile, Qatar is expanding in the Arab world’s banking sector mainly through Qatar National Bank (QNB), the largest lender in the Gulf state with a stock market value of about $26 billion. The bank is currently in talks to buy the Egyptian arm of French lender Societe Generale.

QNB has been snapping up stakes in small banks in the region, and this year raised its holdings in Abu Dhabi’s Commercial Bank International and Iraq’s Mansour Bank.

Managing and developing this growing network of investments requires expertise. But the timing for Qatar appears almost perfect: it is seeking expertise at a time when foreign banks are cutting investment banking jobs in the Middle East as part of global cost reduction plans, and because they face tough competition for a limited amount of mergers and acquisitions business in the region.

“Investment banking jobs in the West have been at a standstill for some time. Local Qatari bankers are settling with local banks to get real experience in the local market, and due to the lack of opportunities with international names,” said R. Seetharaman, CEO of Qatar’s Doha Bank.

Institutions including Deutsche Bank, Credit Suisse and Japan’s Nomura Holdings have reduced jobs in their investment banking teams for the region in recent weeks.

Credit Suisse, in which Qatari investment firm Qatar Holding owns a stake, is trimming its investment banking team in Dubai and relocating some jobs to Qatar as part of efforts to focus on niche markets, industry sources told Reuters last month.

Morgan Stanley and Barwa Bank declined to comment. A Goldman Sachs spokeswoman confirmed Kawari’s departure, which took place this summer but was not publicly announced. The sources spoke on condition of anonymity as the matters had not been made public.

In Qatar, “you can see that the top brass is grooming the young talent to take up bigger roles, and the hirings could be part of that move,” one foreign banker said of Qatar.

“These are the kind of people who will run the sovereign fund in future. It’s a very smart move and very much expected of Qatar.”
The influx of banking talent to Qatar includes some experienced executives who are moving there from rival financial centres nearby, such as Dubai.

For some, the move raises potential quality of life issues. With a population of just 1.8 million including 250,000 Qatari citizens, Qatar is smaller and less glamorous than glitzy Dubai, which has been building itself as a cosmopolitan city for at least a decade longer.

A 2011 survey by consultants Mercer ranked Dubai as 74th in a global ranking of cities for their quality of living, with neighbouring Abu Dhabi at 78th. Qatar’s capital Doha came in significantly lower at 106th.

The rankings may change, however, as Qatar conducts a massive infrastructure building programme before it hosts the 2022 soccer World Cup. And even now, the attractions of working for an active and expanding financial establishment are clearly enough for many bankers.

Since then, Barwa has been involved in several high-profile Islamic bond sales in the region, including Qatar’s $4 billion issue in July.