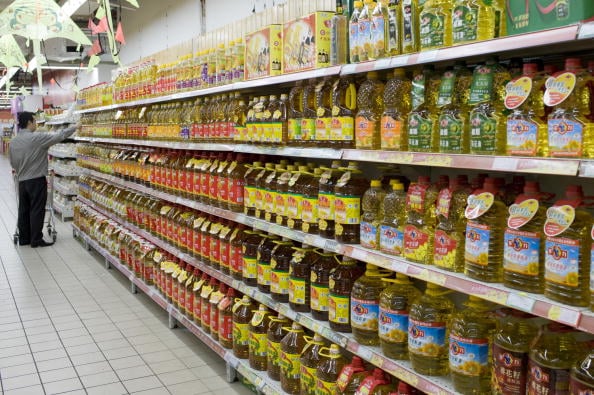 Qatar has awarded a contract for a QAR1.6bn ($431m) food processing and storage facility near Hamad Port designed to boost the nation’s food security.

Bloomberg reports that contract winner Al Jaber Engineering has 26 months to build the facility, which will meet local demand for sugar, rice and cooking oil.

The country invited bidders last year before the start of the Saudi-led trade boycott against it in June that has seen the halting of food imports across its only land border.

Read: Iran sends planes of food to Qatar amid concerns of shortages

“This is the first time that these commodities will be processed in Qatar,” transport and communications minister Jassim bin Saif al-Sulaiti was quoted as saying.

The project will have a weekly capacity to produce 300,000kg of raw sugar, 600,000kg of rice and 200,000kg of cooking oils, enough to meet domestic demand for two years, according to the publication.

Of this some may be used for animal feed and about 30 per cent could be exported.

Other participants in the project include Switzerland’s Buhler AG, Germany’s BIA and Italy’s C.M. Bernardini.

Qatar has been forced to source its food from new sources including Turkey and Iran as traditional routes via ports in Saudi, the UAE and Bahrain are closed off.

One business, Power International Holding, is shipping 4,000 cows to the country with the goal of meeting about 30 per cent of its milk needs. The first shipment of 165 cows arrived last week.

The country was importing 80 per cent of its food from its GCC neighbours prior to the restrictions.