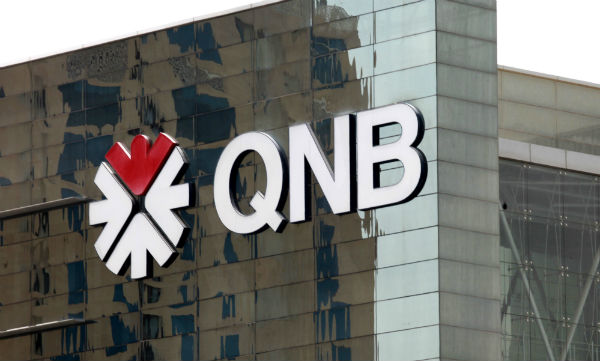 The acquisitive bank, which has been snapping up stakes in small regional lenders, reported a net profit of 2.1 billion riyals ($577 million) for the third quarter, compared with 1.9 billion riyals a year ago, a bourse statement showed.

The results fell slightly short of analysts’ average forecast of 2.2 billion riyals in a Reuters poll.

Banks in Qatar are expected to benefit as the country is one of the world’s fastest-growing economies and set to spend more on infrastructure as it prepares to host the 2022 World Cup soccer tournament.

QNB, whose results are generally seen as an indicator for the sector’s performance in the region, reported a nine-month net profit of 6.2 billion riyals, up 15 per cent from a year earlier, it said in the statement.

Total assets grew 25.3 per cent during the nine-month period to 351 billion riyals, the highest ever achieved by the group, as a result of a 41.9 per cent increase in loans and advances, the statement said.

QNB has been on an acquisition spree recently, buying stakes in regional lenders as it seeks to expand its footprint.

QNB had been in the running earlier this year to acquire Denizbank, the Turkish unit of embattled Belgian lender Dexia, but in early June lost out to Russia’s Sberbank, in a deal worth 3.09 billion euros.

In February, QNB issued a $1 billion five-year bond which was five times oversubscribed and received orders from more than 270 investors globally.

The bank raised $3.5 billion from a rights issue last year.

QNB is 50-per cent owned by sovereign wealth fund Qatar Investment Authority and has operations in Syria, Jordan, the United Arab Emirates and Switzerland.

Shares in QNB closed up 0.3 per cent on the Doha bourse before the results were announced. They have dropped 1.9 per cent year-to-date.