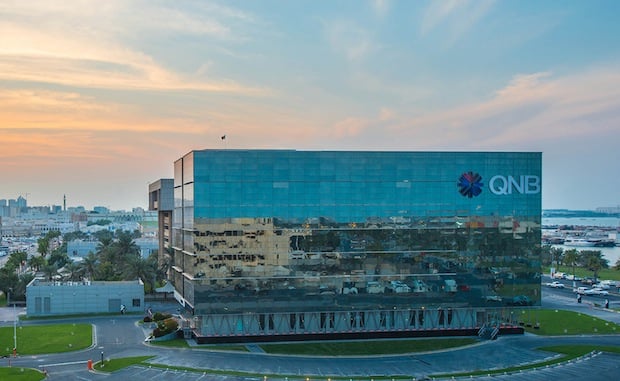 Qatar National Bank (QNB) is broadening its horizons in Southeast Asia after the Gulf’s largest lender reported a 8.3 percent rise in fourth-quarter net profit, according to Reuters calculations.

It follows a year in which the bank cemented its position as the largest lender in the Middle East and Africa by assets after completing the 2.7bn euro purchase of Finansbank, Turkey’s fifth-largest private lender.

The takeover helped lift its fourth-quarter net profit to QAR2.75bn ($755m), compared with QAR2.54bn in the corresponding period of 2015, according to Reuters calculations based on the bank’s annual results.

The figures on Sunday came below analysts’ expectations. EFG Hermes had forecast net profit at QAR2.99bn for the three months to Dec. 31 while SICO Bahrain had expected QAR3.44bn for the period.

Competition among leading Gulf banks to expand outside the region is becoming intense at a time when opportunities for growth are limited at home amid weak oil prices and lower state spending.

A merger between National Bank of Abu Dhabi and First Gulf Bank will create one of the biggest lenders in the Middle East and Africa when the deal closes in 2017.

QNB said it was now targeting becoming a “leading bank in the Middle East, Africa and Southeast Asia by 2020” after achieving its goal of becoming a Middle East and Africa “icon” by 2017.

In addition to its foothold in Turkey, QNB, which has a presence in more than 30 countries, also owns a business in Egypt and a 23.5 per cent stake in pan-African lender Ecobank International.

QNB has a more limited presence in South East Asia, although the bank said in August 2016 it had been given approval to open a branch in India offering banking services.

QNB’s board proposed a cash dividend for 2016 of QAR3.5 per share and a bonus share dividend which would award one free share for every 10 shares currently owned.

In 2015, it awarded a cash dividend of QAR3.5 per share and a bonus share dividend of two free shares for every 10 shares held.