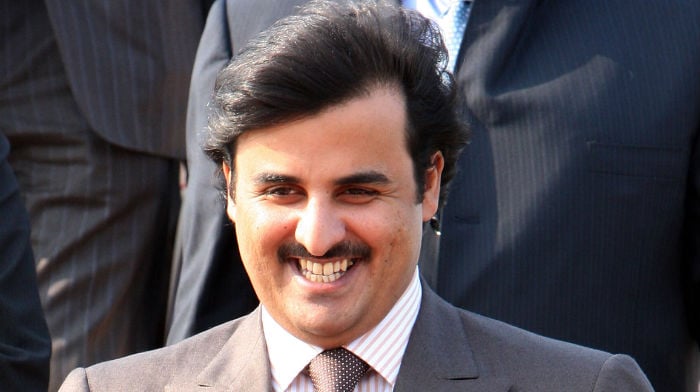 Qatar may tone down its pushy foreign policy, chastened by setbacks in Syria and Egypt, but is likely to keep supporting Arab Spring revolts and bankrolling Islamist influence, albeit a little more quietly.

The tiny state provided much of the armed muscle behind the Arab rebellions, while its aid for Muslim Brotherhood rule in Egypt alarmed neighbouring Gulf monarchies who see the Islamist movement as a threat to their own hereditary authority.

Under a long-standing policy of international self-promotion, Qatar earlier mediated in disputes from Somalia to Lebanon, and became the enfant terrible of the Gulf Arab dynasties by using its al Jazeera TV to attack authoritarian rule beyond its borders and promote Islamist views.

But rebel defeats in Syria, the ousting of Egypt’s Islamist President Mohamed Mursi on July 3 and a failure to host planned Afghan peace talks in June exposed as over-hasty Doha’s dreams of becoming a heavyweight international power-broker.

The wealthy gas exporter got its comeuppance, critics say, and must now be more circumspect abroad, defer to regional heavyweight Saudi Arabia, and focus on priorities at home such as building projects before it hosts the 2022 soccer World Cup.

Last month’s accession of a young emir, Sheikh Tamim bin Hamad al-Thani, after the abdication of his father, gives Qatar an opportunity to make a fresh start, the argument goes.

People who know Qatar, however, do not expect any U-turns.

BETTING ON THE BROTHERHOOD

“They might like to change policy but they are not in a position to do so, at least immediately,” said Ghanem Nuseibeh, an expert on Gulf Arab politics at Cornerstone Global Associates, a UK-based risk management consultancy.

Doha had placed a bet on the Muslim Brotherhood, said Nuseibeh, and for the Qatari state “it is very difficult to go back now, even if some of their advisers would like them to”.

“Dropping the Muslim Brotherhood would obliterate their popularity with the pro-Brotherhood camp in the Arab world. They have taken a gamble and they hope that it might pay off at some point in the future,” he said.

Torbjorn Soltvedt, principal analyst at Maplecroft, a political risk consultancy based in London, said Qatar “will likely scale back its adventurous foreign policy, but I wouldn’t expect them to abandon it altogether”.

“It will still be important for them to maintain an independent policy, to distinguish themselves from Saudi Arabia,” he said.

Asked about the future course of diplomacy, a Qatari official said there would be little change, adding the country needed to pursue “domestic and foreign policies in parallel to each other” to continue serving its national interest.

He also suggested Qatar would continue military help for rebels fighting Syrian President Bashar al-Assad. “With over 100,000 killed and about two million refugees, we believe the Syrian people are in dire need of support to defend themselves from the vicious and barbaric assaults of the regime,” he said.

He emphasised that shipments of any weapons to the Syrian people ought to be coordinated with the international community.

Qatar was focused on helping all the region’s peoples, he said, and did not favour one party over another.

“Just as the United States continued to support Egypt while the Muslim Brotherhood was in power, so did we. It is for the Egyptian people to determine who will lead their country.”

The accession of Sheikh Tamim in June stirred speculation he might adopt a less Islamist-friendly approach now that the main implementer of foreign policy, the energetic and influential Sheikh Hamad bin Jassim al-Thani, is no longer foreign minister.

Sheikh Hamad lost his jobs as prime minister and foreign minister in a cabinet reshuffle after Tamim took power, replaced as premier by a much less well-known military man who had previously served as deputy interior minister.

The idea that Qatar might scale back its alliance with Islamists gained further ground after Sheikh Tamim’s June 26 accession speech. Although he said the country would not “take direction” from anyone, his 15-minute address focused on domestic issues and made no mention of the Syrian conflict.

But on July 23, Qatar issued a statement of concern about the continued detention of Mursi, becoming the only Gulf Arab state to voice sympathy openly for the ousted Islamist.

In another sign Qatar has not lost its taste for regional deal-making, the head of Syria’s opposition coalition is expected in Doha soon to coordinate aid supplies.

For now, Nuseibeh said, Qatar would continue to seek grassroots support around the Arab world but it would do so in a more low-key manner. “The style will be quieter,” he said.

Gauging opinion in a conservative society that guards it privacy is not easy, but there are signs that Qataris would not be disappointed by a less activist foreign policy.

A source close to the ruling family said many of Qatar’s citizens expected it would eventually play a quieter role in foreign affairs. “The average person just wants to lead a quiet life. Qatar is a small country and we had no business getting ourselves roped into all of this outside activity,” the source said.

Doha has enough to keep it busy at home. It is spending $150 billion before the World Cup building a new airport, seaport and roads, plus carrying out an urban makeover.

The risks of worldwide embarrassment if these projects aren’t finished on time are great.