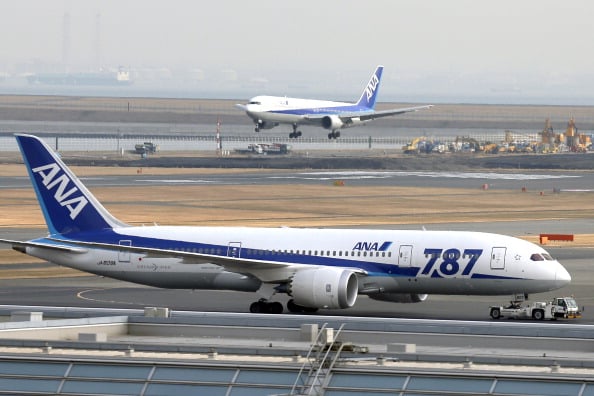 More airlines have grounded their Boeing 787s on Thursday, following the move by all United States’ airlines and Japan’s two leading carriers.

Qatar Airways is the latest to join airlines in Europe, India and Chile who have reacted to the situation after a Dreamliner was forced to make an emergency landing in Japan due to a battery problem on Wednesday.

Qatar Airways CEO Akbar Al Baker said: “I previously stated that Qatar Airways will only stop operating our Dreamliners if we receive such an instruction from regulators.

“Safety remains the number one priority for Qatar Airways. We ensure all our aircraft meet the most stringent safety standards and this will not be compromised in any way. In light of recent events surrounding the Boeing 787 Dreamliner worldwide, we are actively working with Boeing and the regulators to restore full customer confidence in the 787,” he said.

The US Federal Aviation Administration (FAA) ordered all US airlines to ground their 787s, as Japanese airlines All Nippon Airways and Japan Airlines did the same on Wednesday.

All Nippon Airways (ANA) flight 692 from Yamaguchi to Haneda Airport was forced to land shortly after take-off after a battery problem triggered emergency warnings to the pilots. The same battery pack was the cause of a fire that started on a Japan Airlines 787 at an airport in the United States last week.

ANA has grounded all 17 of its Dreamliner aircrafts, while Japan Airlines has followed suit by suspending all seven of its 787s flights on Wednesday.

It is the latest in an escalating number of incidents to hit the much-heralded Dreamliner since its launch. Problems in January alone have included fuel leaks, brake problems, an electrical fire and a cracked cockpit window.

Qatar Airways’ Al Baker has now indicated that the airline will only resume operations “when we are clear that the aircraft meets the full requirements of the Airworthiness Directive”. The FAA has not indicated how long it will take to check the aircraft. If it is lengthy, Boeing could face significant compensation claims.

Qatar Airways is the largest customer of the Dreamliner in the Middle East with an order for up to 60 of the aircraft – 30 firm orders plus an option on acquiring 30 more. It currently has a fleet of five 787 jets.