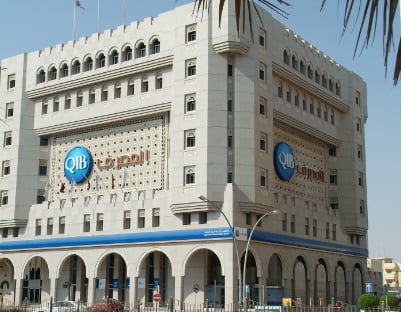 QIB made a net profit of QAR364.9 million ($100.2 million) during the three months to Dec. 31, according to Reuters calculations, compared with QAR110.6 million in the same period a year ago.

Analysts polled by Reuters had, on average, forecast a net profit of QAR316.5 million for the quarter.

Reuters calculated the quarterly profit based on financial statements from the bank. Its full-year profit for 2013 was QAR1.34 billion, up from QAR1.24 billion in 2012, according to a bourse filing on Monday.

A major driver of its annual profit gain was the 9.3 per cent year-on-year increase in its lending activity, the bank said, which reached QAR47.1 billion at the end of December.

Lending growth in Qatar has been a major driver of banks’ profits in recent quarters and is expected to remain high as the Gulf Arab state spends billions of dollars on infrastructure and preparations to host the soccer World Cup in 2022.

While expansion of total bank credit dropped to its slowest rate for 2-1/2 years in November, it was still growing at 12.3 per cent year-on-year, central bank data showed.