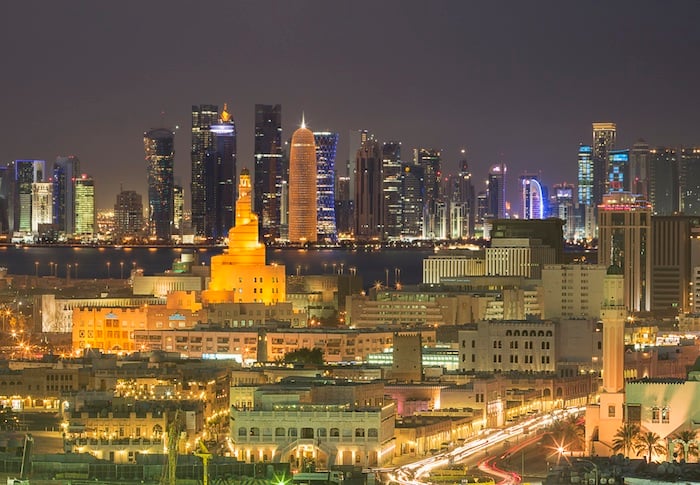 Qatar’s sizzling growth would slow if it lost the right to host the 2022 World Cup soccer tournament, but the tiny country is so rich that the impact on its economy and financial markets would be much smaller than the blow to its reputation.

The Qatari stock market sank 1.1 per cent on Monday, underperforming the region, after a British newspaper published what it said was evidence of corruption in Qatar’s successful bid to host the World Cup. Qatar and tournament organisers denied the allegations.

Plans to spend billions of dollars on building stadiums could be scrapped if the allegations eventually lead to a reversal of FIFA’s decision to award the World Cup to Qatar, which has a population of 2.1 million and no reason to build the venues solely for its own population.

Construction of related infrastructure, including road and rail links, could be slowed or put on hold, and real estate firms might suspend hotel projects involving thousands of rooms. Qatar would also lose the boost to tourism spending that it can expect during and after the tournament.

But the world’s top liquefied natural gas exporter is wealthy enough to handle such economic dislocation without long-term damage, and some analysts think it could even benefit from a slower pace of development.

“Not all of the planned infrastructure projects are World Cup-related – many are essential transport and logistics projects that would be needed even if there was no World Cup in Qatar,” said Khatija Haque, head of regional research at Emirates NBD, Dubai’s biggest bank.

“However, without the event providing a fixed deadline for delivery, some of these projects may be delayed or scaled down. This would have a negative impact on non-oil growth projections over the next few years, but could be positive for the budget.”

The economy minister said earlier this year that Qatar would invest around QAR664 billion ($182 billion) on infrastructure projects, excluding the oil and gas sector, over the next five years – relative to the country’s size, one of the most ambitious construction sprees in the region’s history.

In its original bid to host the World Cup, Qatar proposed building or renovating 12 stadiums, though it said earlier this year it was reviewing the plan and the minimum possible number was eight. It has not disclosed their expected cost, but some stadiums built for this year’s tournament in Brazil have cost around $300 million or more.

Major work on the Qatari stadiums has not yet started and the winner of the main contract for the first venue, expected to be a joint venture between a local and a foreign firm, is set to be awarded by the end of this year, local media have reported.

In Qatar on Monday, the business community was far from panicking. Fund managers said that while some stock investors were concerned by the furore over the World Cup, few thought there was much chance that Qatar would lose the event.

“There is no reason to fear any cancellation – it is unlikely that would happen and if it does, companies will be protected by the terms of their contracts,” said a Qatar-based construction company executive, declining to be named because of the sensitivity of the matter.

Banks and property firms, which could lose business if the World Cup moved from Qatar, were among the worst-performing stocks on Monday. Major property developer Barwa Real Estate fell 1.6 per cent.

However, Qatar’s government has shown it is willing and able to intervene to protect weak areas of the economy – the real estate arm of its sovereign wealth fund announced a $7.1 billion rescue of indebted Barwa last year.

Growth has been so fast in recent years that any slowing of construction spending due to the loss of the World Cup might have little impact on the overall economy. Gross domestic product expanded 5.6 percent from a year earlier in the fourth quarter of last year.

“The question is, will it have a disastrous impact on the economy? No, I do not think so,” said John Sfakianakis, chief investment strategist at MASIC, a Riyadh-based investment firm.

“The economy will continue to do well. It will lose a bit on the construction side, retail and hotels.”

In fact, slowing Qatar’s construction spree might benefit the country by give authorities more time to manage the risks of logistical bottlenecks, cost overruns and surges in demand associated with the projects.

Tens of thousands more foreign workers are expected to flood in to build stadiums and related infrastructure, which could fuel inflation.

The International Monetary Fund warned in March that public investments on the scale envisaged by Qatar risked overheating the economy in the near term and creating overcapacity in the medium term.

Qatari officials have already shown signs of reviewing their plans because of such risks. Sources familiar with government policy told Reuters in March that Doha was likely to reschedule about 15 per cent of its planned building projects for coming years, while going over budget to complete preparations for the World Cup on time.

In some ways, the loss of the World Cup – if it comes to that – could help the economy maintain a healthy balance, Sfakianakis said.