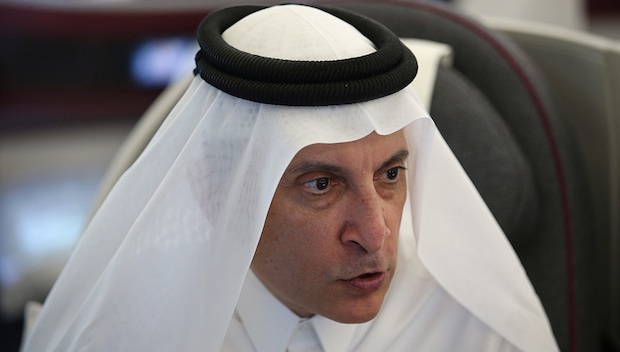 A Qatari tourism official said the country would not grant visas to those it considers “enemies” in reference to Egyptian nationals seeking to enter the country amid an ongoing dispute, a remark that was later disowned by the Qatari government.

Saudi Arabia, the United Arab Emirates, Bahrain and Egypt cut diplomatic and trade ties with Qatar in 2017, accusing it of supporting terrorism. Doha denies the allegation.

While citizens from the three Gulf states were recalled to their home countries due to the rift, Egyptians, who make up the largest Arab minority in Qatar, have remained and comprise a sizable portion of the tiny but wealthy country’s workforce.

Speaking at an event to promote a summer tourism campaign, the tourism council’s Akbar al-Baker said Qatar would not let Egyptians enter the country to take part in promotions aimed at boosting its tourism industry.

“The visa will not be open for our enemies – it will be open for our friends,” Baker said of Egyptians looking to come. “Are visas open for us to go there? No. So why should we open it for them? Everything is reciprocal.”

The comments were the first by a Qatari official since the nearly two-year rift began suggesting Qatar would no longer grant visas to people from Egypt, the most populous Arab country.

Qatar’s government communications office later said in a statement that Baker’s comments did not reflect the state’s official policy for issuing visas and that it welcomes “all people of the world”.

“Qatar’s position has always been clear that people should not be involved in disputes that arise between nations,” the statement said.

Many Egyptians say, however, that the visa process has been effectively closed to them since 2017, with narrow exceptions made for the immediate family members of residents and for specifically approved events.

Qatar has a population of around 2.7 million but just over 300,000 nationals, and does not publish statistics breaking down population by nationality. A 2017 report by a private consultancy estimated Egyptians at 200,000.

“When you open your arms to Qatar, Qatar will open its arms even bigger for you. But if you become an adversary of Qatar, then we will also treat you as an adversary,” Baker said.