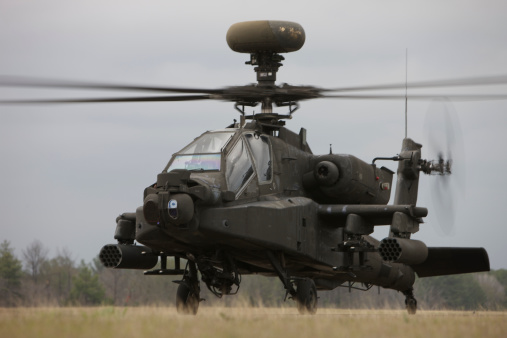 Qatar announced contracts worth about $23 billion on Thursday to buy attack helicopters, guided missiles, tankers and other weapons from Boeing Co, Airbus and other arms makers as the Gulf state accelerates its military build-up.

The world’s top liquefied natural gas (LNG) exporter announced deals with about 20 global companies, including firms from the United States which were awarded deals worth QAR27.5 billion ($7.6 billion), said a spokeswoman for a Doha defense conference where the announcements were made.

The weapons purchases include large deals with Lockheed Martin, Raytheon and others.

Qatar, and other Gulf Arab and Middle Eastern countries are looking to acquire new high-tech military equipment to protect themselves from neighboring Iran and internal threats after the Arab Spring uprising.

The deal for the helicopters was valued at QAR8.9 billion, said the spokeswoman for the conference.

Qatar also committed to buy a Patriot missile defense system built by Raytheon equipped with PAC-3 missiles made by Lockheed; advanced daytime, high-definition sensors and radars for Apache helicopters; and Javelin missiles built by a Lockheed-Raytheon joint venture, according to sources familiar with the matter.

Raytheon had told analysts in January that it expected to finalize an order with Qatar in the first half of 2014 for over $2 billion in Patriot missile defense system equipment.

The Pentagon approved the sale to Qatar of $9.9 billion worth of Patriot fire units, radars, and various Raytheon and Lockheed missiles in November 2012.

The Defense Security Cooperation Agency, the U.S. body which oversees foreign arms sales, had notified lawmakers in July 2012 of a possible sale of Apache helicopters to Qatar.

A spokeswoman for the U.S. agency had no immediate comment.

Washington has been keen to deepen its cooperation with Gulf nations, which have been long-standing allies, on missile defense and increase pressure on Iran over its nuclear program.

They will be fitted with Longbow radar equipment made by a joint venture of Lockheed and Northrop Grumman Corp.