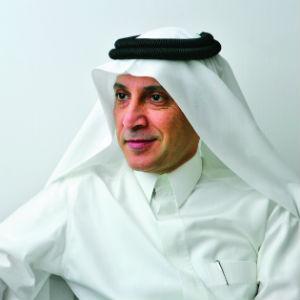 Qatar Airways will defer delivery of its A380 superjumbos until it gets more details about wing cracks on the Airbus aircraft, its chief executive said on Monday.

Europe has ordered regular checks of the superjumbo fleet after safety engineers found cracks in a handful of wing components of most aircraft in service.

“Qatar Airways will have to defer scheduled deliveries of its A380s from October 2013 until we have a clear position on the issue surrounding wing cracks which are under process of modification by Airbus,” Chief Executive Akbar al Baker said at a Dubai travel show.

Qatar has ordered 10 A380s, the world’s largest passenger jet. In January, Al Baker said he was confident Airbus would fix the cracks on its flagship aircraft but did not rule out delaying delivery if the problem persisted.

“I hope they will solve the problem…they are working very hard on it. There is a possibility for us to defer, yes. If there is no permanent solution found then we will have to defer,” Al Baker said on Monday.

Airbus said last week it was slowing down production of the world’s largest aircraft as it develops a long-term solution to the cracks in brackets inside the wings but insisted it would stick to its schedule of delivering a total of 30 A380s this year. It says the A380 is safe to fly.

“The root cause is now well understood and we are proceeding with selection of the final fix concept, which is targeted to be available in the fourth quarter of 2012,” spokesman Stefan Schaffrath said by email on Monday.

“We have met with Qatar Airways and will be meeting them again to discuss the process as we are doing with other customers. As usual the details of those customer talks are confidential,” he added.

Al Baker said the airline would imminently order 10 aircraft from Canadian planemaker Bombardier Inc. to bolster its corporate jet business. The order is valued at $700 million.

“We are imminently going to order ten Bombardier planes…for our corporate jet business.”

The airline operates a corporate jet business, Qatar Executive, and has expressed interest in Bombardier CRJ jets. Al Baker said last month Qatar had however suspended discussions to buy Bombardier’s larger CSeries, which aims to compete with the best-selling models of medium-haul Airbus and Boeing jets.

Qatar Airways along with rivals Emirates and Etihad Airways have been on breakneck expansion and are focused on transforming the region into the new hub for global aviation.

The state-backed Gulf carriers have bought stakes in European carriers with Etihad buying almost 30 per cent in Air Berlin and Qatar Airways acquiring a share in Cargolux.

Al Baker said he had pulled out of talks with Spanair after Spanish regulators said state aid given to the loss-making carrier had to be repaid. Spanair halted operations in January.

“The only reason we pulled out of Spanair is when state-aid got involved. Regulators said all state aid received by Spanair needed to be paid back. We are not interested in such business,” he said, but added that the Spanish airline had huge potential and would have added a lot of value for Qatar Airways.

Al Baker said his airline aimed to cover 170 destinations and have an equal number of aircraft in the next three years.

He said the region will only have two dominant airlines, suggesting that Etihad will not be on that list.

“There will be two dominant carriers in the Gulf….Qatar Airways and Emirates.”

He also left the door open to joining alliances like British Airways’ oneworld. “Whenever an alliance invites us, we will consider it. But we have not got any offers yet.”

The comments come after British Airways and Iberia boss Willie Walsh made an informal pitch in public remarks for Gulf carriers to join the alliance.

Alliances were set up in the 1990s to help airlines take advantage of each other’s marketing and traffic in the face of tightly controlled bilateral traffic rights, but so far the Gulf carriers have refrained from joining as they build big networks.