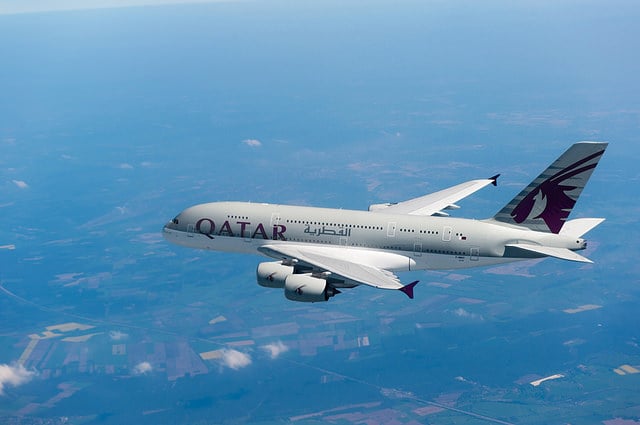 Qatar Airways has taken delivery of its first A380 superjumbo following a three-month standoff with planemaker Airbus over the quality of cabin fittings.

Chief Executive Akbar Al Baker said Airbus was not to blame for the delayed delivery of the world’s largest airliner, defusing the row after earlier threatening to seek compensation.

He also expressed confidence that the mid-sized A350, the company’s newest model, would be delivered on time before the end of the year and hinted at a possible new plane order.

“Qatar Airways has been very proactive with Airbus on the A350 programme,” he told reporters.

“This is a very fine airplane. The aircraft will – God willing – be delivered to us before the end of the year on schedule and we may have some additional surprises for you which I will not discuss with you now.”

Al Baker was speaking at a handover ceremony in Hamburg, Germany for the first of the company’s 10 A380s on order.

Qatar Airways is vying with other Gulf airlines to showcase innovative features and comforts inside the aircraft’s spacious cabins. Abu Dhabi’s Etihad is also due to start A380 services soon, joining the largest A380 customer Emirates of Dubai.

Qatar Airways’ website has begun offering A380 tickets on the Doha-London Heathrow route from Oct 10. It had hoped to take delivery on May 30 and start the London service in mid-June but suspended delivery of the first three aircraft over what it described as problems with the workmanship in the cabin.

The cabin dispute coincided with a problem of leaking seals in the doors of the A380, forcing Airbus to modify the design after several reports of cabin noise that in one case caused a Singapore Airlines jet to make an unscheduled landing en route.

Airbus Chief Executive Fabrice Bregier said a permanent solution would be implemented starting, in the case of Qatar Airways, with its fourth aircraft which is due later this year.

The first three aircraft for the airline would have an interim fix that would prevent any leaks, he said.

Airbus has designed a new plate for the door frames and is preparing to install them once it has safety certification.

“It has nothing to do with safety but in terms of comfort this is not acceptable. We had to find a fix. The final fix has been flown and validated technically,” Bregier said.

Bregier also said Airbus would be ready to hand over the first A350 plane to launch customer Qatar Airways by end-year.

“We are planning to be ready for the acceptance and delivery of the first aircraft in line with the contract by the end of the year. This programme is of course another big challenge for everybody but we expect to have the (safety) certification reasonably soon as initially planned, so we are on track.”