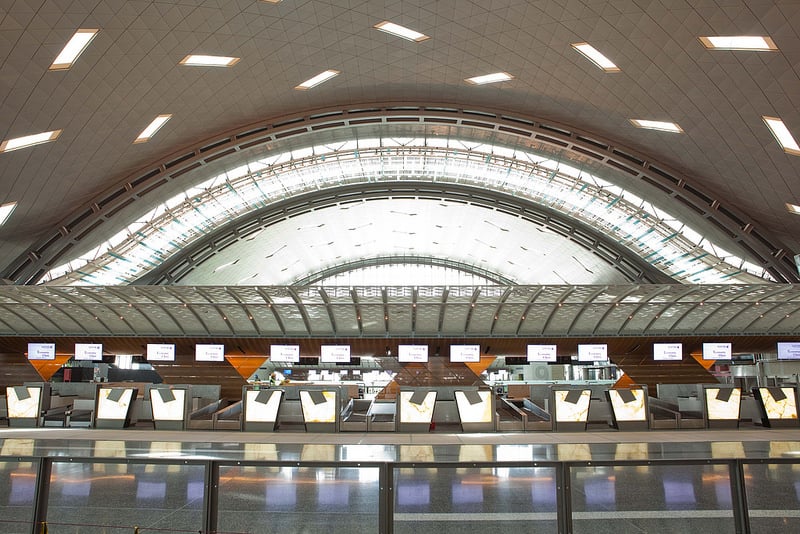 Qatar Airways has moved operations to the new Hamad International Airport in Doha, beginning from 9:00 am on Tuesday, May 27. All the airline’s flights will now arrive and depart from the new airport, it confirmed in a statement.

“The move of our entire operations to HIA is a momentous occasion for Qatar Airways, and one that we have been preparing for extensively for a long time,” said Qatar Airways CEO, Akbar Al Baker.

“With the capacity to handle 8,700 customers per hour, HIA will provide a seamless, hassle-free experience to our passengers, from check-in to passport control and boarding.”

Qatar Airways also confirmed that e-Gates are already operational in both the departures and arrivals areas.

HIA includes over 70 retail outlets offering designer labels, fashion and electronics and 30 cafes and restaurants – all spread across 40,000 square metres.

Located on the east coast of the peninsula, the airport is 16km from the centre of Doha and 4km from Doha International Airport. Arrival time to the airport is estimated at around 25 minutes, depending on the traffic, said Qatar Airways.

The much-delayed airport will have the capacity to accommodate an annual passenger count of 30 million upon opening, increasing to 50 million passengers a year once operating at full capacity. The project has been plagued by construction challenges since 2009, and its launch was delayed several times before it finally opened on April 30, 2014.