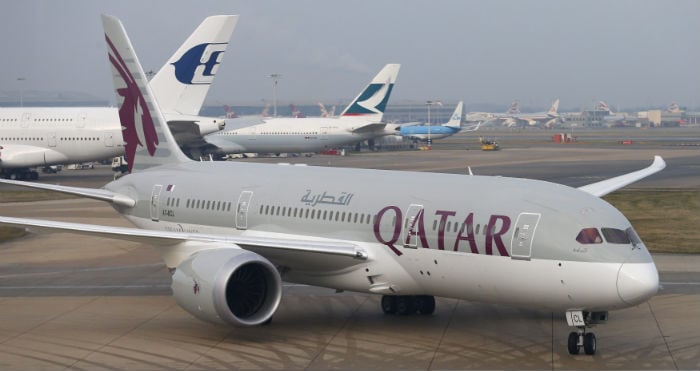 Qatar Airways today hit back at statements by German Emirati joint venture company Lindner Depa Interiors (LDI) that it had not delayed the opening of the New Doha International Airport (NDIA).

The Doha-based airline has been severely affected by the delayed airport opening – scheduled for last month – due to LDI ‘badly defaulting’ on its contract.

LDI had been awarded a $250 million contract to build 19 airport lounges, work which should have been completed six months ago. The contract was terminated due to LDI defaulting, delaying the airport opening by up to 12 months.

Qatar Airways, the airport operator and main airline user of the facility, and other subsidiaries and entities incurred additional construction costs and losses estimated to amount to some $600 million for lost revenue to the airline and its subsidiaries including Qatar Duty Free, and hampering expansion plans as the current airport is bursting at the seams with little room for growth.

LDI claimed it had no relationship nor contract with Qatar Airways and that the airline’s claims were false and misleading.

But Qatar Airways CEO Akbar Al Baker hit out saying that LDI was adding insult to injury by denying that its delay caused huge damages and that LDI should pay compensation for such damages.

“As the main user of the new airport, as the airport operator and as an airline contracting the services of many companies to work at the airport, Qatar Airways has every legal right to pursue compensation claims for the delayed opening of the New Doha International Airport,” said Al Baker.

“We had always planned to move to the new airport by the end of 2012 give or take a few months, but this is a serious delay that has badly impacted our operations.

“Lindner Depa has seriously defaulted and must take responsibility for their inactions and poor approach to the project that has had a terrible domino effect along the supply chain. This is not the first time that Lindner Depa has defaulted in Qatar using similar excuses.”

The $15.5 billion state-of-the-art new airport is destined to be an iconic world-class facility that is expected to set high standards in excellence. Phase one of NDIA is slated to handle over 28 million passengers a year, with the capacity expected to more than double by the time the airport is fully operational in 2018.

The current Doha International Airport handles almost 20 million passengers a year, with over 80 per cent of the passenger traffic generated by Qatar Airways alone. Had it been completed on time, the new airport would have accommodated the rapid expansion of Qatar’s national airline.

Qatar Airways is one of the world’s fastest growing airlines, currently operating 116 aircraft to 122 destinations worldwide with plans to fly over 170 aircraft to more than 170 destinations by the end of 2015.