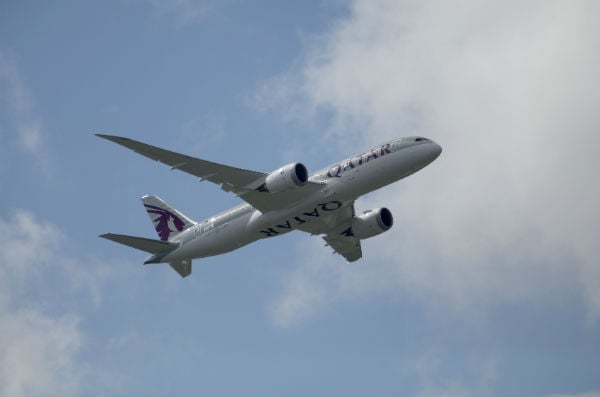 Qatar Airways has been forced to ground one of its three Boeing 787 Dreamliners after it found the same problem that recently forced a United Airlines Dreamliner to make an emergency landing, its CEO said.

“One of our Dreamliners has the same problem that the United plane had and I am very disappointed in Boeing,” Qatar Airways Chief Executive Akbar Al Baker said in an interview at London’s Heathrow airport on Thursday.

“We will demand compensation (from Boeing)… we are buying planes from them to use them, not to put in a museum.”

He said the plane, which has been grounded since December 9, would not fly until next week after a Boeing team had repaired the fault.

Boeing said it was working to replace electrical components so the jet could return to service, but said it was not yet clear if the issue was identical to the one that affected the United flight last week.

On December 4, a brand new United Airlines Dreamliner with 184 people aboard was forced to make an emergency landing after one of six power generators failed.

Boeing said its technicians “would evaluate the findings in Qatar to understand the root cause of this issue and take the appropriate next steps.”

Qatar Airways, which received its first Boeing 787 Dreamliner earlier this month, has placed orders for 60 Dreamliners – 30 firm and an option for 30 more. It currently has a fleet of three 787 jets.

Al Baker said he was concerned that two airlines finding the same fault may indicate the presence of a wider, systemic problem with the U.S. made jets.

“Two aircraft having the same major problem so quickly is a cause of concern,” Al Baker said. “Boeing need to get their act together because the delay of more than three years in delivery forced us to slow our expansion plans.”

The mechanical issues, while not uncommon for airlines, are another headache for Boeing – a company still working to overcome the negative perception of production problems that delayed delivery of the 787 by three and a half years.

The Doha-based carrier expects to take delivery of two more Dreamliners on December 19. It expects to have 10 of the lightweight jets in service by the end of 2013, a reduction from the initial plan for 30.

Al Baker said the airline industry faced a tough two years with more “consolidations and collapses” likely but that conditions would start improving in 2015.

SLIDESHOW: INSIDE THE FATED BOEING 787DREAMLINER