Qatar Airways and Airbus confirmed on Thursday that the official delivery of the world’s first A350 XWB aircraft will take place on December 13 in Toulouse, France.

The first commercial service will be deployed on the Frankfurt route from January 2015, the airline said in a statement.

Qatar Airways, the global launch customer of the new aircraft, has a total of 80 Airbus A350 XWB aircraft on order.

Qatar Airways Group CEO Akbar Al Baker, said: “The delivery of our first A350 XWB aircraft, as global launch customer, is a highly anticipated event in the relatively young history of Qatar Airways and the second significant fleet milestone for our airline, having recently taken delivery of our A380 aircraft.

“Its delivery will be met with excitement at its new home Hamad International Airport, which was built for advanced aircraft types such as this,” he added. 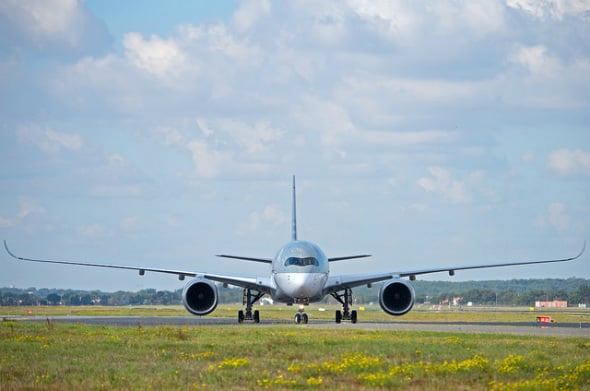 The A350 XWB is a family of mid-sized wide-body airliners designed to enhance fuel, operating costs and environmental efficiencies during medium-to-long haul airline operations.

Over 70 per cent of the aircraft’s weight-efficient airframe is made from advanced materials combining composites (53 per cent), titanium and advanced aluminium alloys, the statement said. The aircraft’s carbon fibre reinforced plastic (CFRP) fuselage results in lower fuel burn as well as easier maintenance, it added.