'We protect the Middle East countries, they would not be safe for very long without us' - Trump - Gulf Business 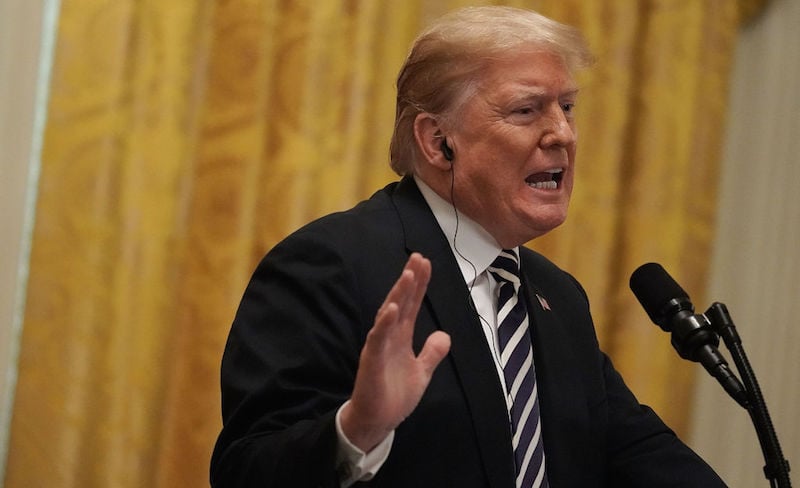 “We protect the countries of the Middle East, they would not be safe for very long without us, and yet they continue to push for higher and higher oil prices! We will remember. The OPEC monopoly must get prices down now!” Trump wrote on Twitter.

The Republican president has lashed out at the Organization of Petroleum Exporting Countries over the past several months. Rising U.S. gasoline prices could create a political headache for Trump before November congressional elections by offsetting Republican claims that his tax cuts and rollbacks of federal regulations have helped boost the U.S. economy.

Trump has called on Saudi Arabia, OPEC’s largest producer, to raise output, saying that it should help the United States lower fuel prices since Washington is aiding Riyadh in its struggle against Iran.

OPEC and its allies are unlikely to agree to an official increase in crude output when they meet in Algeria this weekend, although pressure is mounting on top producers to prevent a spike in oil prices ahead of new U.S. sanctions on Iran, OPEC sources told Reuters on Thursday.

The new sanctions take effect in November, as a result of with Trump’s decision to pull out of a 2015 agreement on Iran’s nuclear program.

Saudi Arabia is worried that any sanctions-related spike in oil prices will trigger fresh criticism from Trump, but it also faces doubts over its ability to compensate for a drop in Iranian supply, the sources said.

In a visit to Moscow this month, U.S. Energy Secretary Rick Perry said Saudi Arabia, the United States and Russia can between them raise global output in the next 18 months to compensate for falling oil supplies from Iran.