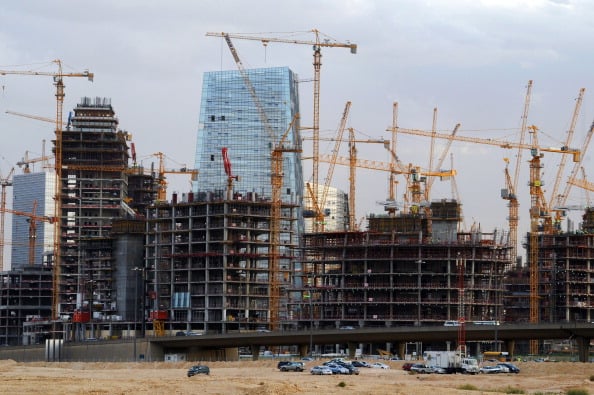 Construction projects in Saudi Arabia worth more than SAR500bn ($133bn) have been offered to contractors in a bid to increase cooperation between the public and private sector.

The projects were presented to the kingdom’s contractors at the Future Projects Forum in Riyadh on Monday – an event opened by Riyadh governor, Prince Faisal bin Bandar. More than 600 projects were put forward by government organisations and leading companies as the country looks to boost the contracting sector.

Several efforts have been made by Saudi Arabia recently to increase development projects in the kingdom.

Earlier in February, King Salman launched a series of projects worth SAR29.9bn ($7.97bn), with 360 projects announced in the areas of healthcare, education, housing, public transport, state services, and more. The king also announced the opening of 921 other projects already built, worth SAR52.3bn ($14bn).

Among other recent high-profile announcements, officials said in January that construction on NEOM Bay – the first urban area within the $500bn mega NEOM development – will being in the first quarter of this year. A number of key facilities are expected to be completed by the end of this year – including the upgrade of the airport at Sharma – with the first phase of NEOM Bay to be completed in 2020.

Read Saudi to begin construction at $500bn NEOM development in 2019

Meanwhile, last November, King Abdullah Economic City (KAEC) announced it had awarded new contracts for construction and development worth more than SAR1.2bn ($320m) in 2018, as well as signing a contract worth SAR32m ($8.5m) to develop infrastructure in the city’s fourth phase.

Read Saudi’s KAEC awards construction contracts worth over $1.2bn in 2018

Construction projects have increased since the launch of Saudi Arabia’s Vision 2030 diversification plan, which aims to move the kingdom away from oil dependency.

Last year it was reported that around 5,200 construction projects worth SAR3 trillion ($819bn) are underway in the country – including the expansion of the Grand Mosque in Makkah, worth an estimated SAR80bn ($21.3bn).