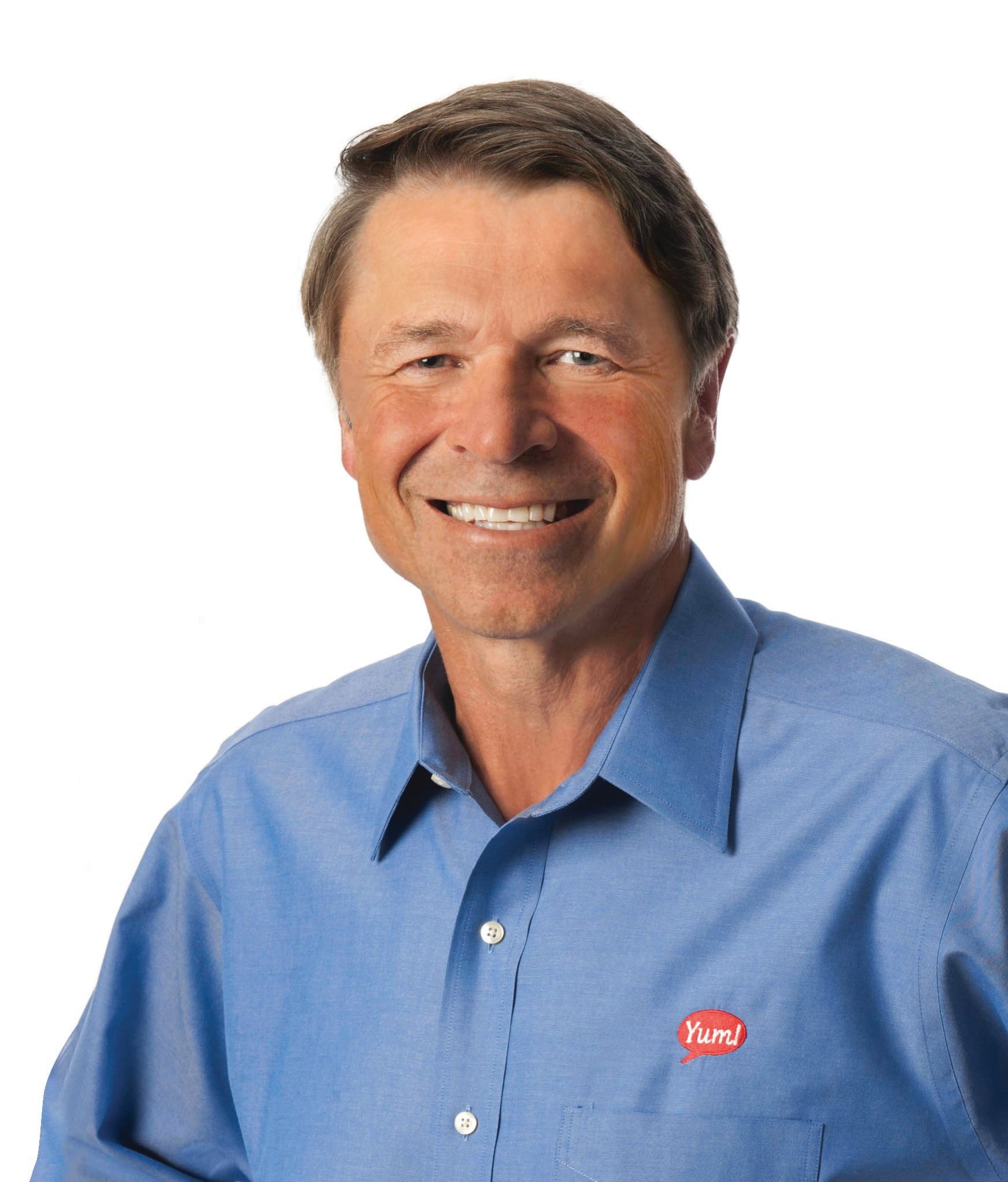 And it’s not just the Middle East where Yum! has seen huge growth. Novak explains that their biggest target market is the Far East, notably China.

“China is our fastest growing market. We have 3,800 KFCs and 600 Pizza Huts in China. We’re also expanding aggressively in India, Russia and Africa. About 60 per cent of our profits now come from emerging markets and developing countries. In the States we have 60 restaurants per million people, while in China and the Middle East the number is under two per million, so there’s a lot of expansion to take place.”

To rub salt in the wounds of their competitors and local food chains, Yum! was not adversely affected by the global financial crisis, which would explain why Novak doesn’t hold any fear of a potential Eurozone fallout.

“Our companies actually prospered during the global financial crisis. I think this is because we have brands that people know and recognise, our food’s very affordable and our restaurants are conveniently located, thus fitting in the lives of customers around the world. We perform well even in more challenging economic environments. Our food is associated with good times, and I think that in tough times people like to have a good time.

“This morning someone told me that our sales are up in Spain, a country facing so much trobule. So we’re actually doing well in Europe because our brands are more embryonic, people like to try new things and our value is good.”

During his energetic talk earlier in the morning, Novak compared running a business to creating a work of art, a painting. Now no one was about to mistake him for Da Vinci, or even Banksy for that matter, but again it showed an insight to his creative business mind, which has led to him standing on stage while others sit around him.

“I think everybody should have a vision for what their business can be, what the painting should look like when it’s finished. But it’s never really done. I promise you that 20 years from now somebody’s going to be looking at this business and pointing out the things that we haven’t done yet. But I think as leaders, you want to be driving towards a painting that you can really be proud of; make it your own masterpiece.”

Here are three successful viral campaigns to take inspiration from