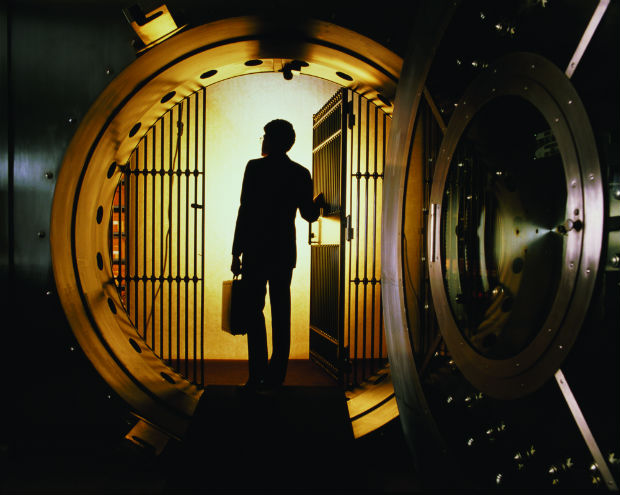 Six years after the near meltdown be fierce when it comes to generating “With research from BCG showing that
of the Western banking system, following the collapse of Lehman Brothers, the global wealth management industry has continued its steady recovery towards ‘normalcy’.

If 2013 didn’t prove to be a vintage year, given global economic growth was only 2.4 per cent and the Eurozone periodically flirted with recession, stock markets at least forged ahead, aided by improving economic numbers out of the US and UK, stable growth in China and Japan’s emergence from a deflationary trap as the central bank there pursued an aggressively accommodative monetary policy.

The relatively benign economic landscape reflected in private wealth numbers – including the Middle East, lead by the GCC – where total private wealth in 2013 rose 11.6 per cent to reach $5.2 trillion, following a 9.1 per cent gain to $4.8 trillion in 2012, according to Boston Consulting Group’s recent report: ‘Global Wealth 2014: Riding a Wave of Growth’.

Setting this in context, overall global private financial wealth grew by 14.6 per cent to $152 trillion, after an 8.7 per cent gain witnessed in 2012.

The benchmarked performances (in the report) of more than 130 institutions – either pure private banks or the wealth management units of large universal- banking groups – collectively posted a double digit gain in assets under management (AuM), mainly due to rising equity markets.

Qatar meanwhile continued to have the highest density, globally, of millionaires with 17.5 per cent of households featuring, followed by Switzerland (12.7 per cent). Other GCC countries ranked in the top 10 including Kuwait, fifth at 9 per cent, Bahrain, sixth at 5.9 per cent, and Oman tenth at 3.7 per cent.

While competition has continued to be fierce when it comes to generating business from HNWIs (High Net Worth Individuals) in the GCC, the cast of characters seeking business opportunities there has inevitably been fluid.

Against this backdrop economic liberalisation, banking reform and the need to achieve economic diversification beyond oil-based financial activities have also had an impact.

However, if there has been more competition in the region, one major consequence of having to satisfy an ever more demanding HNWI clientele has been the decreasing tendency of some international banks to try and continue servicing their Gulf clients with a minimal local presence – instead managing the bulk of their business out of traditional financial centres such as London, New York and Geneva.

As Ishrat Kiyani, regional head of wealth sales, retail banking and wealth management, HSBC Middle East puts it: “Driven by a resurgence in the region’s core fundamentals, private sector growth and rising levels of infrastructure spending, the GCC’s strong economic recovery over the past few years has fuelled the rapid growth in private and household wealth levels.

“With research from BCG showing that wealth in MENA increased 11.6 per cent to $5.2 trillion last year and is expected to rise further to $7.2 trillion by 2018, there is clearly a lot of potential for private banking and wealth management services.

“Despite this rising demand, banks have had to adapt to the changing attitudes of affluent clients, who are no longer satisfied with just preserving their capital, and are becoming increasingly demanding of the quality of advice provided,” he said.

A snapshot of the market in late 2013, from Insight Discovery, showed 61 private banks operating in the GCC region, including 30 international institutions – the latter all based in Dubai.

A yEAr of EnTriEs And ExiTs

While the study highlighted a market for private banking services that is complex and fragmented, it also illustrated the market’s changing nature.

If a number of operators such as Clariden Leu, Lloyds TSB, Merrill Lynch, Pictet and Vontobel have all exited the region in recent years – either by offloading their operations or shutting them down entirely – other players have either entered or boosted existing operations.

While the sale could bring in up to $1bn the unit is likely to be split in two; one based in the UK, the other in Zurich, which would service operations in Hong Kong, Singapore, Abu Dhabi, Dubai and Qatar. It remains to be seen if the bank’s existing operations in the GCC will be bolstered or not.

In the asset management sphere meanwhile, Nomura Asset Management, one of Asia’s biggest managers, opened its first Middle East office in Dubai earlier in the year in response to a doubling of its business over the last five years.

Also building a presence in the GCC is Lazard Asset Management, having acquired a local ING Investments team to cover MENA from a new Dubai base, adding to its operations in Bahrain. The US-based firm has $175 billion in global AUM.

Saxo Bank, which opened its first office in Dubai back in 2009, is also looking to further tap into the Middle East and Africa region’s wealth; forecasting the region to contribute around 15 per cent of its total revenue within five years.

While the Copenhagen-based specialist investment bank has historically targeted retail traders it is looking to expand into the wealthier client segment where it believes there is still a market gap.

While Switzerland remained the leading offshore booking centre in 2013 with $2.3 trillion in assets (up from $2.2 trillion in 2012), representing 26 percent of global offshore assets, according to BCG, the country remains under heavy pressure because of its significant exposure to assets originating in developed economies.

  Some of these assets are expected to be repatriated following actions by various governments to address tax evasion. Hence, size is clearly becoming a more important issue in Switzerland as private banks based there look to protect themselves from an industry-wide crackdown by regulators that may yet have a benefit for the GCC region.

Yet even if Swiss operators increasingly view the market through a ‘safety in numbers’ prism, they will be looking to expand their GCC HNWI business nonetheless.

Noteworthy was that allocations to alternative investments increased in all regions, except Latin America where challenging economic and market conditions caused HNWIs to boost allocations to cash and fixed income.

For those GCC HNWIs preferring to do business closer to home Emirates Investment Bank’s recent Global Wealth Insight Report highlighted perceived security and trust (38 per cent), a better understanding of the local regulations or market (28 per cent) and easier access to banking services (19 per cent) as the three major reasons (of those polled) for HNWIs to employ the services of local banks to manage their wealth.

Also evident from the survey was how investment decisions had been impacted by the recent slowdown in the global economy – leading to 38 per cent being more cautious, with 25 per cent restricting their global investments and 13 per cent solely focusing on investing in the Gulf region.

Overall, the majority (64 per cent) of GCC HNWIs preferred to keep their assets close to home where they feel the economy is more stable and secure. This reflects the perception that the economic situation in the Gulf region is improving (56 per cent of respondents) vs. the global economic situation (30 per cent).

Yet while investors may be investing closer to home, their appetite for risk remains high, with 90 per cent focusing on capital appreciation, rather than capital preservation when it comes to their investment strategy. This marks a significant shift from the years following the global downturn.

HNWIs said about 34 per cent of their wealth is invested in their own business; a further 25 per cent invested in real estate, followed by cash/deposits 16 per cent, direct investment or private equity 8 per cent, gold/precious metals six per cent, stocks 6 per cent and bonds two per cent.

HNWIs meanwhile have increasingly exhibited a tendency to prefer working with a single firm when it comes to managing their holdings.

A major reason for this is new, burdensome regulations, including onerous on-boarding requirements, which have surfaced in the wake of the financial crisis and are aimed at reducing risk in the system.

In addition, HNWIs are also likely responding to the complexity of managing multiple portfolios, understanding global risk exposures, and tracking accounts and performance across multiple firms.

Those companies best positioned to attract new business will likely be full service financial services firms with integrated banking models that can provide the complete range of complementary products and services suitable for HNWIs.

Moreover, they will probably have the necessary scale to provide cost-saving synergies that benefit the client.

“We go beyond traditional activity by giving clients access to a wide range of services and products thanks to the synergies within the Group”.

For private banks looking to attract new HNWI business in the GCC challenges remain however – not least the growing demands for digital contact, especially among younger clients accustomed to the digital lifestyle.

More obviously, the rapid evolution of mobile technology and so-called ‘smart devices’ provide clients with the ability to interact with their managers any time, any place.

Big-data applications in theory also allow banks to study the behaviour of existing and prospective clients, giving them the necessary information to provide customised solutions and advice.

Despite the adoption of digital technology by wealth management firms they have historically lagged those of the broader financial services industry at large, although this is slowly changing.

While direct contact, when it comes to providing advice, is not under any imminent threat those wealth management firms best placed will be offering complementary digital solutions that are both coherent and able to capitalise on the technology itself.

Theoretically, this should result in stronger client relationships, lead to a reduction in costs and better serve to promote the company’s brand.

On the downside, however, technology comes with its own potential risk, including the growth of cybercrime that could result in financial and reputational damage. Maintaining robust back office systems requires capital investment, even if some banks still view them as a low priority.

In reality, mindsets have to change if banks are to compete in terms of product and advice offerings whether they like it or not. As Daniel Kessler, a partner at BCG puts it: “The road ahead won’t be an easy one.”

“Winning wealth managers, in any region (including the Middle East), will be those that find the optimal business model for their own resources, capabilities, and aspirations, and execute their chosen strategy successfully. If the markets keep rising, all the better.”

Private banks and other wealth managers would do well to take Kessler’s comments on board lest they be left behind.