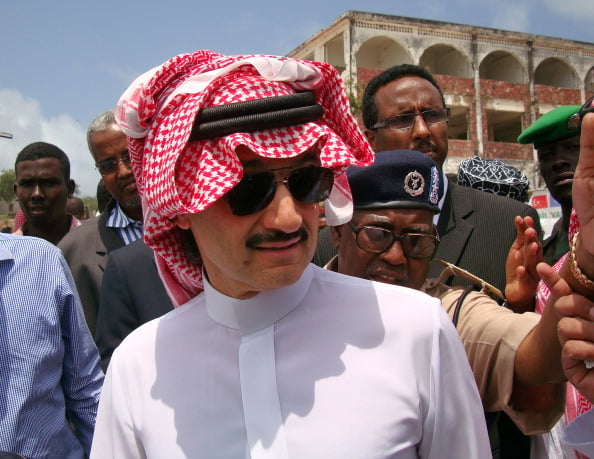 In an open letter to Oil Minister Ali al-Naimi and other ministers, published on Sunday via his Twitter account, Prince Alwaleed said demand for oil from OPEC member states was “in continuous decline”.

He said Saudi Arabia’s heavy dependence on oil was “a truth that has really become a source of worry for many”, and that the world’s biggest crude oil exporter should implement “swift measures” to diversify its economy.

But his warning reflects growing concern in private among many Saudis about the long-term impact of shale technology, which is allowing the United States and Canada to tap unconventional oil deposits which they could not reach just a few years ago. Some analysts think this may push demand for Saudi oil, as well as global oil prices, down sharply over the next decade.

Over the past couple of years the Saudi government has taken some initial steps to develop the economy beyond oil – for example, liberalising the aviation sector and providing finance to small, entrepreneurial firms in the services and technology sectors.

Naimi said publicly in Vienna in May that he was not concerned about rising U.S. shale oil supplies. Prince Alwaleed told Naimi in his open letter, which was dated May 13 this year, that he disagreed with him.

“Our country is facing a threat with the continuation of its near-complete reliance on oil, especially as 92 percent of the budget for this year depends on oil,” Prince Alwaleed said.

“It is necessary to diversify sources of revenue, establish a clear vision for that and start implementing it immediately,” he said, adding that the country should move ahead with plans for nuclear and solar energy production to cut local consumption of oil.

While most Saudi officials have in public insisted they are not worried by the shale threat, the Organization of the Petroleum Exporting Countries (OPEC) has recognised that it needs to address the issue.

At its last meeting in Vienna in May, OPEC oil ministers spent time discussing shale technology and set up a committee to study it.