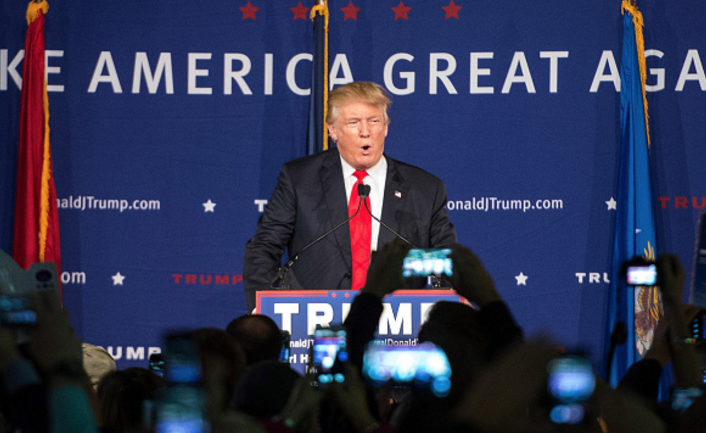 “There is only one thing in life worse than being talked about, and that is not being talked about,” chimed witticist Oscar Wilde in the late 19th century – a quote that embodied the epoch’s penchant for succès de scandale and the notion that there is ‘no such thing as bad publicity’.

This, however, was long before the advent of social media. Where controversy, mystery and notoriety once contributed to fame and fortune, it’s now easy fodder for criticism, disgrace and ruin.

A bad review on TripAdvisor can cripple a hotel. An ill-advised tweet can cost you your job. A viral campaign can destroy the reputation of a celebrity, business leader or politician. All in a matter of minutes.

There is nowhere to run and nowhere to hide. Everybody is in the firing line – some more than others. Which brings us to Donald Trump.

Recent reports suggest his contentious and antagonistic campaign to become the Republican candidate for the United States presidential elections has had a detrimental effect not just on his personal brand but also his business interests across the globe.

Since announcing his run for GOP candidate one year ago, he has alienated several sectors of society at home and abroad. Muslims, Mexicans, women, African Americans, socialists, conservatives, liberals, members of his own party, disabled people, the media, war veterans, and citizens of countries dotted around the planet have all come in for special treatment in the past 12 months. Many have the potential to be paying customers at his hotels and golf resorts. All of whom have the ability to voice their disapproval in ways that influence other people.

The outcry has been deafening. People have been outraged. And business has suffered.

A Bloomberg report earlier this year claimed that business partners in Canada and Turkey want to sever ties with Trump, that his resorts in Scotland and Ireland are losing money, and that his condominium owners in Panama are trying to fire him. Sure, this is largely to do with his unique way of doing business. But matters have been exacerbated by his diverted attention and his outrageous comments, and behaviour.

His standing in the Gulf Cooperation Council has taken a particular beating, especially after his suggestion that Muslims should be banned from entering the United States.

Billionaire businessman Khalaf Al Habtoor – a one-time supporter of Trump – withdrew his backing, calling him a “loose cannon” whose presidency would be dangerous for the world.

The American’s business partner in Dubai – Damac Properties – pulled down a billboard featuring Trump at its Akoya development site, as well as removing Trump signage at the Trump International Golf Course before reinstating both. Landmark Group withdrew all Trump Home Collection products from its Lifestyle stores across the Gulf.

Whether it’s a case of being distracted by his bid for the White House, people voting with their feet or a combination of the two, the fact of the matter is that the businessman is being battered in an area he has long been boastful about. But does he really care all that much?

As long as he wins the race to become president, Trump probably isn’t too concerned about his business’s performance. His lack of focus on his hotels – I’m sure he’d argue – would be a worthwhile sacrifice if he were to take the hot seat in Washington DC. Indeed, which presidential hopeful wouldn’t think the same?

And this is the thing. People are still voting for him in their swathes. He is winning fans across the country, despite his bad press. It’s a paradox that might provide an interesting case study to politics, history, anthropology and psychology students of the future. But the reality today is that Donald Trump has a genuine opportunity to become the president of America.

If this happens, the short sighted nature of his approach sets off very loud alarm bells. His inability to keep several balls in the air could be catastrophic. His willingness to let his international reputation slide could be calamitous. And his lack of success installing the right people in the right jobs in order to keep things running smoothly could ultimately prove his – and his administration’s – death knell.

If Trump were to run his presidency like he runs his businesses, we can all expect a very torrid time.