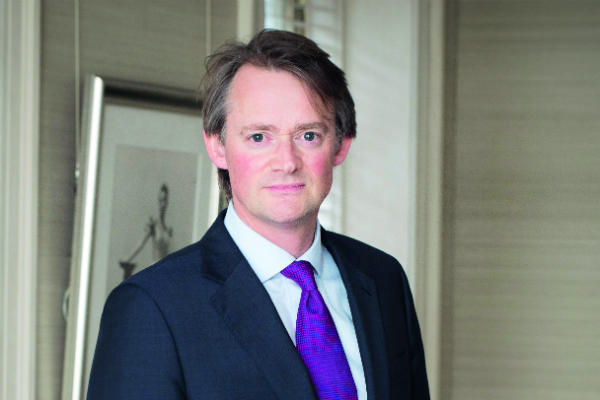 2017 was a landmark year for the Middle Eastern art scene, with the recent opening of the Louvre Abu Dhabi – an important newcomer to the arena of world-class museums – marking a new benchmark in cultural soft power with its outward-looking approach to the display of art and artefacts that draws upon the connections between civilisations and different cultures.

The broader art scene and market across the region is at a pivotal point in its evolution too. It is a relatively young market that has developed rapidly over the last decade, and the appeal of Middle Eastern art to a growing global audience has propelled this growth.

This past year has proved to be a particularly good year for Middle Eastern artists, with Abdul Nasser Gharem’s show at Los Angeles County Museum of Art (LACMA) earlier last spring, Farideh Lashai at the Prado, Parviz Tanavoli at the Tehran Museum of Contemporary Art (TMOCA), the Afkhami Collection at the Aga Khan Museum in Toronto, and the first ever dedicated show of Middle Eastern art in Hong Kong at Sotheby’s S/2 gallery for the artists Reza Derakshani and Alfred Basbous, not to mention the variety of artists represented at the Venice Biennale. All were resounding successes, again demonstrating the international interest in art from the Middle East, even as US politicians clamp down on immigration and Brexit threatens the presence and movement of artists from some Muslim countries.

Small wonder that Dubai is increasingly a sanctuary for regional artists and a hub for the visual arts, something that Sotheby’s has long supported and has significantly stepped up its contribution to during ArtDubai 2017 by inaugurating a stunning new gallery space in the DIFC.

In 2017 Sotheby’s Dubai hosted a year-round cycle of exhibitions and events culminating in our inaugural Boundless Dubai auction in November under the patronage of Sheikha Manal bint Mohammed bin Rashid Al Maktoum. These developments reflect the vibrant market here and demonstrate our long-standing and on-going commitment to the region and support of the relatively young but burgeoning art scene in the Gulf.

This is underpinned by our sustained effort to offer educational forums and an expanded exhibition programme spanning collecting and collectibles as well as fine jewels, which has resulted in a wider and ever-more active client base within the UAE as well as drawn to the UAE.

Over the past five years we have witnessed an increase in the number of UAE buyers in our global sales of 84 per cent. In the last year alone, compared to the same time last year, Middle Eastern buyers have purchased almost 50 per cent more art and collectibles. And while we are supporting our clients here to develop their knowledge of art and take the next step on their collecting journey, we are also directing an international spotlight on the region’s art and art scene by attracting a truly global spread of collectors from across five continents, including new buyers from South America and East Asia.

Sotheby’s has been a market leader in 20th Century Art from the Middle East since we first introduced the sale category in London in 2001 and has set many world and regional records, including, this year, $1,271,000 for Fahrelnissa Zeid and $750,000 for Bahman Mohasses.

Another success was our inaugural Boundless Dubai sale that introduced some categories never offered before and also broke records for artists including $460,000 for Ali Banidsadr. Sotheby’s auction in Dubai in November presented new perspectives on art from and inspired by the Middle East. This encompassed 20th century and contemporary art, design, photography, prints, books and manuscripts, jewellery, Orientalist art and arts of the Islamic world. The sale drew participants from across five continents with buyers from 33 countries, underscoring the strength of the market as much as the importance of Dubai as an international centre.

On the institutional front, 2017 heralded the first ever regional museum dedicated to a solo female artist: Monir Farman Farmaian was honoured on December 15 by the University of Tehran at the launch of The Monir Museum in the magnificent grounds of the Negarestan Museum Park Gardens. As the first Iranian female artist to be awarded a retrospective at the Guggenheim, she is amongst the most celebrated of her generation, standing alongside the likes of Parviz Tanavoli, the father of modern Iranian sculpture.

The coming year promises even more, and we look forward both to institutional offerings, market successes, and new openings and opportunities for artists from across the Arab and Iranian world.