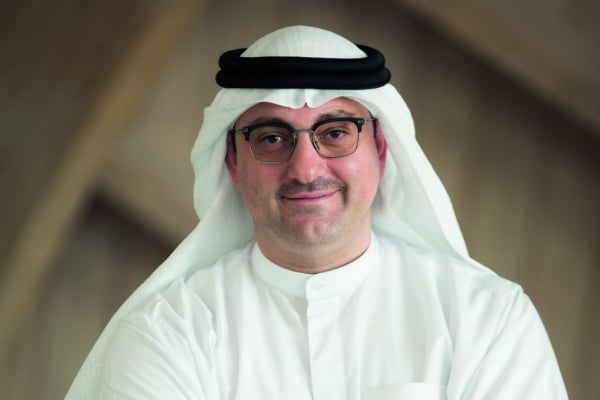 The renewable energy story in recent years has been all about growth. According to the International Renewable Energy Agency (IRENA), renewables account for more than half of the power generating capacity added worldwide since 2011. More than $1 trillion has been invested in the sector since 2013, and for the last five years, renewable energy spending has outstripped investment in fossil fuels-based power generation.

But we are still only scratching the surface when one considers the fact that renewable energy represents just a 10th of global installed power capacity.

In 2016, a Masdar-led consortium was appointed to develop the 800 megawatt (MW) third phase of the Mohammed Bin Rashid Al Maktoum Solar Park in Dubai, after quoting a record-low price for power generation.

In 2017, the focus has been on delivery as well as new business, with the first 200MW section of phase three of the Dubai Solar Park due for completion in the first half of next year.

In October, we inaugurated Hywind Scotland, the world’s first commercial-scale floating wind farm, which was followed by the formal unveiling of the 402MW Dudgeon Offshore Wind Farm in England, one of the world’s largest ‘bottom-fixed’ offshore wind projects. We also recently agreed financing for our first wind farm in mainland Europe, Čibuk 1 in Serbia, the largest wind project in the Western Balkans at 158MW.

In May, we unveiled the Emirates Waste to Energy Company (EWEC) with Bee’ah of Sharjah, which is now developing the UAE’s first waste-to-energy plant, hopefully the first of many such projects in the region. And in November, we signed a project development agreement with the Indonesian authorities for the world’s largest floating solar PV power plant.

Early 2018 will see Masdar break ground on the Baynouna project – at 200MW the largest solar power plant in Jordan. We will also ramp up development of a number of projects under the Caribbean Renewable Energy Fund, a $50m initiative being implemented in partnership with the UAE government and the Abu Dhabi Fund for Development.

Closer to home, Masdar City in Abu Dhabi is experiencing more construction activity today than at any point in the last decade. More than 1,300 students and residents are now living at the city, over 500 companies are based there, and new offices, schools and private homes are all under development.

In the future, our business will increasingly coalesce around opportunities in solar and wind energy.

The application of new technologies, such as floating wind and floating PV, will further expand our market reach, which today already encompasses more than 20 countries. The total power generating capacity of the renewable energy projects in which Masdar is a partner crossed 3 gigawatts (GW) in 2017. Doubling that capacity within the next five years is a realistic target.

Declining costs are making renewables more competitive, however, investors will be monitoring price trends closely over the next 12 months. Some technology providers are struggling to deliver further efficiency improvements, while higher demand is putting pressure on supply chain costs.

The issue of costs will be top of the agenda of Abu Dhabi Sustainability Week 2018, taking place from January 13-20.

Sustainable mobility will be another core topic of ADSW 2018, under the ‘driving the global energy transformation’ theme. Dedicated global research on the potential impact of electric vehicles, hybrids and other ‘smart city’ transport solutions will be launched, while ADSW will showcase the first electric bus prototype designed and built in the UAE, a collaborative project led by Masdar that will undergo tests at Masdar City. The winner of an industry competition to design an expanded sustainable mobility network serving the city will also be revealed at the event.

In 2018 and the years beyond, Masdar City in Abu Dhabi will be at the centre of the dramatic shift towards sustainable mobility as well as the commercial opportunities resulting from it.