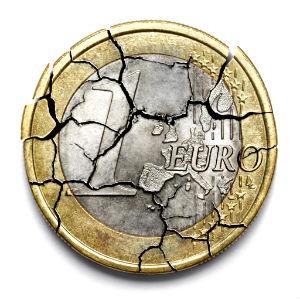 Her Excellency Cecilia Meireles, the Minister of Tourism for Portugal, has stated that there is no danger of Portugal exiting the Eurozone or becoming the next Greece, even as investor fear about the same has been mounting over the last few months.

Speaking in a room packed with reporters, Her Excellency said, “During a tough economic environment, we have done everything right. The government and its people have fulfilled all due commitments, including budget consolidation.”

Jaime Leitao, Ambassador of Portugal – who is convinced that the recession will end in 2013 – shared a similar opinion, “If Portugal didn’t exit the Eurozone during the worst part of the crisis, then it’s unlikely to do so now, when the recession is on its last leg.”

He added, “The economic crisis is temporary. We will survive it.”

This confidence is in stark contrast to expert opinions, including “doomsday” economist Nouriel Roubini, who in March predicted the fall of Portugal. Portugal’s unemployment has reached almost 15 per cent, the third highest in the Eurozone, which is stretching the terms of its $110 billion rescue package. Economists have also said that banks in Portugal are more vulnerable to contagion risks, as the nation, along with Spain, Ireland and Italy, is perceived as “next in line” for a Euro exit.

Meanwhile, Her Excellency said that Portugal was trying to put recent problems behind it, by focussing on new opportunities and by diversifying into new markets, such as the UAE, India, China, Poland, Ukraine and the US.

“Exports and tourism are both booming in Portugal,” she said.

A case in point is the increasing bilateral ties between the UAE and Portugal. While UAE’s total non-oil trade with Portugal was AED 262.05 million in 2006, it increased to AED 709.63 million in 2011, according to the Dubai Chamber of Commerce.

“Going forward, Portugal will be strengthening bilateral ties with the UAE in the sectors of aviation, electricity, oil, banking, television and railways,” Leitao added.

Analysts feel that this shift in focus from austerity to growth may be the best way forward for Portugal and other European countries, as tax increases and cuts in government spending have actually exacerbated the economic downturn in some Eurozone countries.