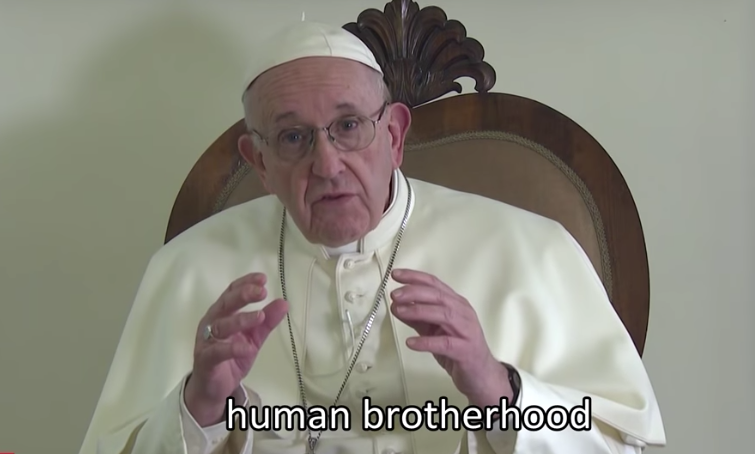 Pope Francis, head of the Catholic Church, said his upcoming visit to the UAE signalled the start of a ‘new chapter in the history of inter-faith relations’.

The Pope is set to make a landmark visit to the UAE from February 3-5, marking the visit ever Papal visit to the GCC.

Ahead of his visit, he extended his greetings to the leadership and people of the UAE, describing the Emirates as a “country that is striving to be a model for co-existence, human fraternity, and meeting of faiths and civilisations.”

In a video message released by the Vatican, the Pope stressed that the UAE was a “country where so many people find a safe place to live and work with freedom that respects differences.”

He said he was “delighted to be meeting with a people who live out their present and look forward to the future”, official news agency WAM reported.

Quoting the late UAE founder Sheikh Zayed bin Sultan Al Nahyan, the Pope said, “True wealth lies not just in material possibilities. The real wealth of a nation is the individuals who hear the sound of their future.”

He went on to express his gratitude to “my brother and dear friend Dr. Ahmed Al Tayeb, Grand Imam of Al Azhar,” who is also participating in the inter-faith event in Abu Dhabi.

Pope Francis thanked them all for “their courage and determination in stressing that faith in God unites us all and never divides.”

He added: “Faith brings us together even in the face of differences. It also keeps us away from hostility and indifference. I am happy on this occasion, granted to me by God, which will create a new chapter in the history of relations between faiths.”

The UAE announced on Wednesday that private sector workers who are attending the Papal mass on Tuesday, February 5, will be given the day off.