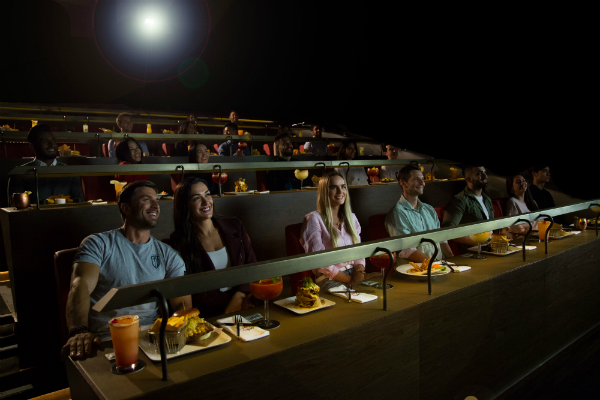 Dubai-based Emaar Entertainment’s Reel Cinemas unit has announced the launch of what is claimed to be the Middle East’s first dine-in cinema.

The attraction has been produced as part of the first regional collaboration with celebrity chef Guy Fieri at the Jebel Ali Recreation Club.

Guests are offered meals prepared by Guy Fieri’s American Kitchen delivered to their tables as they watch films on a screen with Dolby Atmos sound and Barco Flagship Laser projection.

On the menu are dishes such as the chef’s signature Mac & Cheese Burger, Trash Can Nachos and New York marbled Cheesecake. Unlike other cinema locations, guests will also be able to order alcoholic drinks. 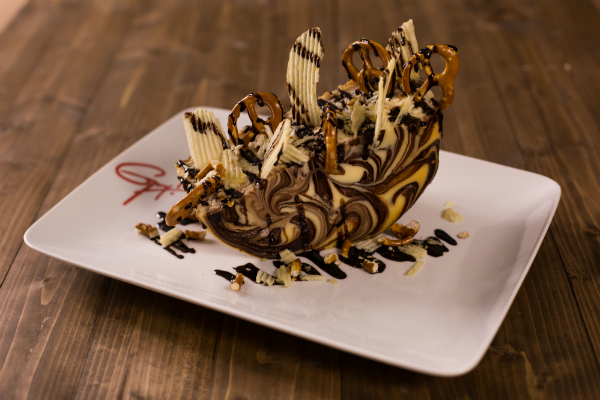 One usual comfort that will not be available to visitors though is popcorn.

“With the focus being on the food; for a change, none of Dine-In Cinemas will serve popcorn”, according to the announcement.

Emaar said after Jebel Ali the experience would be rolled out to its Reel Cinemas outlets at Dubai Mall and the Pointe on Palm Jumeirah.

The combined theatres have 14 dine-in screens with tickets covering an appetiser, main course and the film. 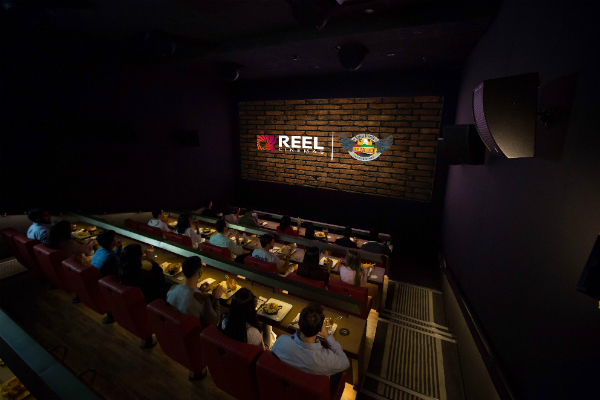 “We are bringing the best of my American restaurants to Reel Cinema’s best-in-class theatres, the concepts that we are building are truly a first of their kind venture for both of us,” Fieri said.

“We’ve been working hard on this, with my team coming back and forth from the US regularly and we’ll be on site to make sure that these restaurants are impeccable from day-one, giving guests an all-round good time in this first-for-the-region experience – people are going to dig it.” 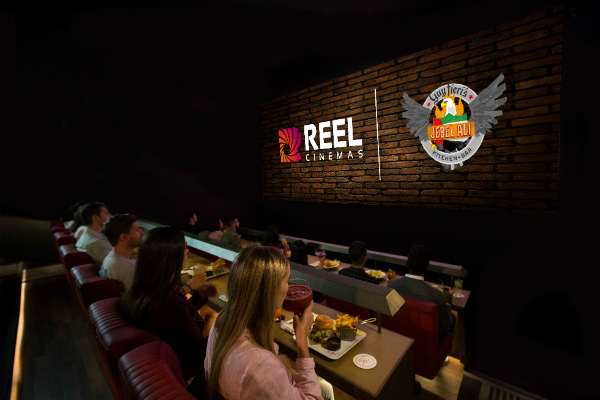 Fieri is an award-winning chef, author, restaurateur and TV personality with 45 restaurants across the US and Mexico and forthcoming locations in South Africa as part of an international expansion.

The deal is not the first cinema collaboration with a celebrity chef in Dubai after UAE malls and retail group Majid Al Futtaim opened an expansion of Mall of the Emirates in 2015 featuring a luxury cinema experience in partnership with Michelin Star chef Gary Rhodes.