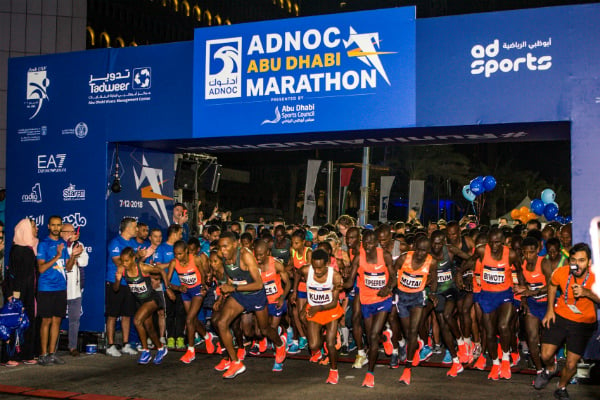 Abu Dhabi hosted its first marathon on Saturday as part of a growing calendar of sports events in the UAE capital. 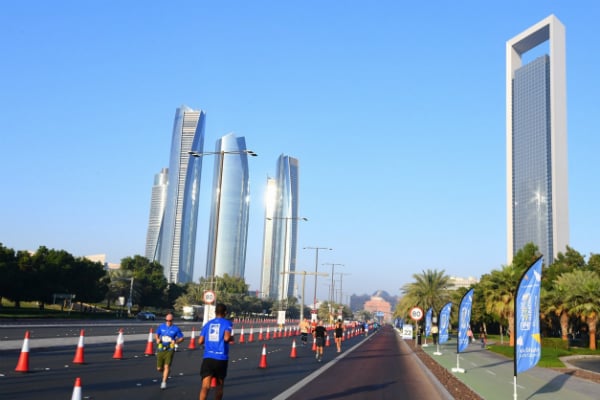 An awards ceremony was held outside of Abu Dhabi National Oil Company’s headquarters for the first, second and third place male and female finishers in the 42km, 10km and wheelchair categories.

Kenya’s Marius Kipserem and Ethiopia’s Ababel Yeshaneh were the first place winners of the full marathon for men and women respectively.

“I feel very good and happy because I ran my personal best today. The route was perfect and it was great weather,” said Kipserem. 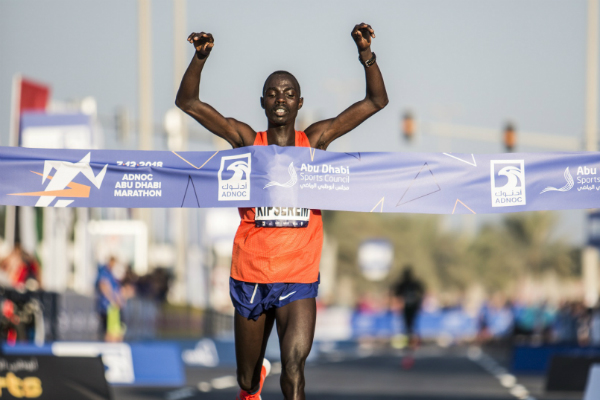 “Bringing a new world-class sports event to the city of Abu Dhabi has been an exciting and rewarding challenge. The success of the first edition of the ADNOC Abu Dhabi Marathon has been cemented with over 10,000 runners taking part across the four race categories and we aim to build on this in the coming years,” said Abu Dhabi Sports Council general secretary Aref Al Awani.

“A special mention and congratulations must go to the winners of today’s races and to all the international athletes who travelled from across the world to be with us here today.” 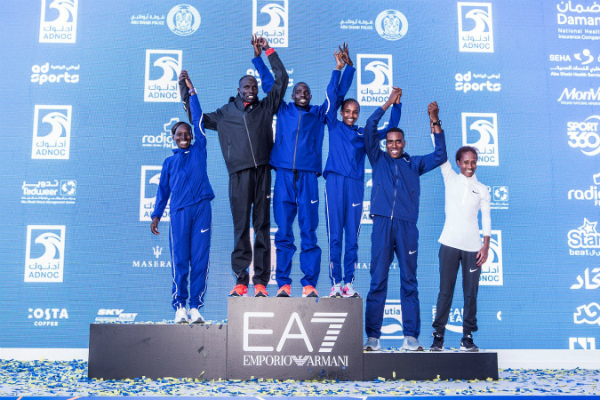 Abu Dhabi hosts a number of other annual sporting events including tennis and golf tournaments and the annual Abu Dhabi Grand Prix Formula One race.

Neigbouring Dubai has also held its own marathon each January since the year 2000.