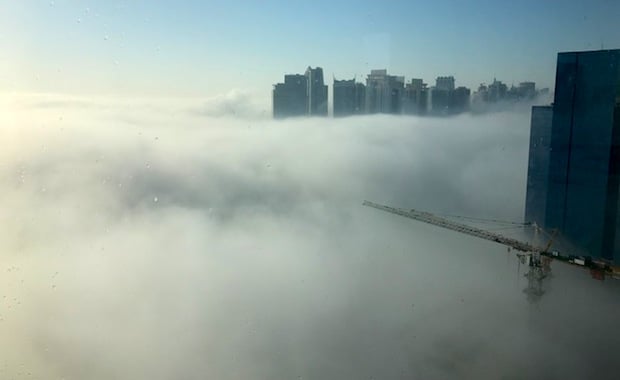 The UAE’s National Centre of Meteorology and Seismology (NCMS) cautioned of fog formation over the Dubai and Abu Dhabi airports this morning.

Heavy fog is disrupting operations this morning at DXB resulting in delays of up to one hour on arriving and departing flights. 1/2

We are working with our partners to minimise passenger inconvenience.Flight updates can be found on our website https://t.co/B0OzVbE1ix 2/2

Traffic on the roads also slowed due to poor visibility. The NCMS said fog covered most external roads such as Abu Dhabi-Al Ain, Abu Dhabi-Dubai and Abu Dhabi-Western areas. 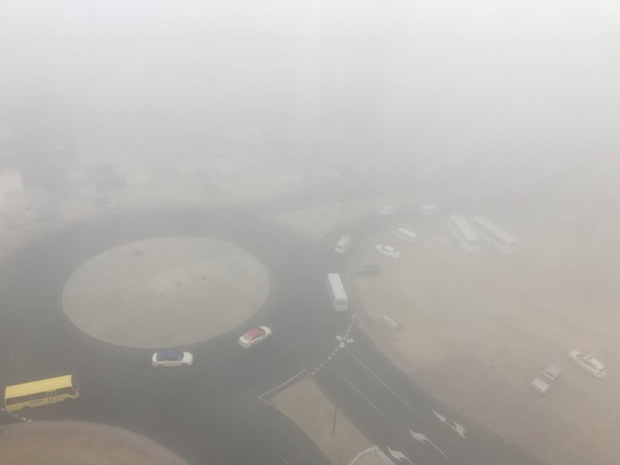 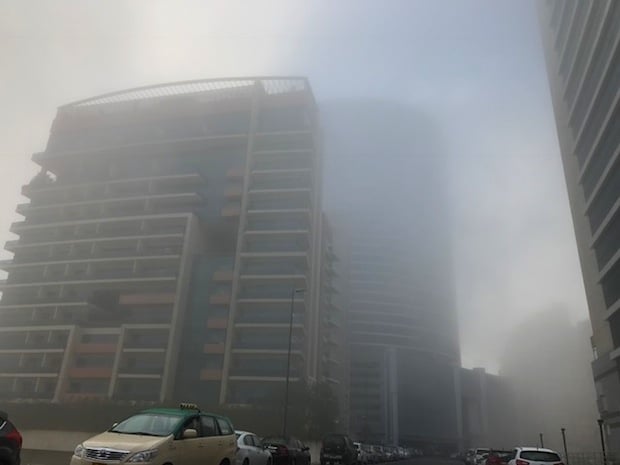 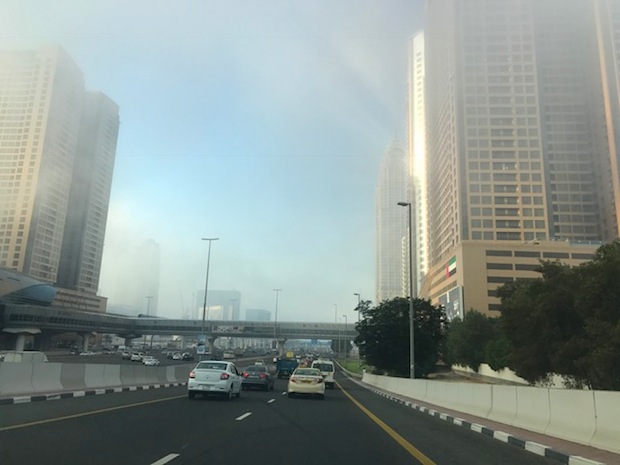 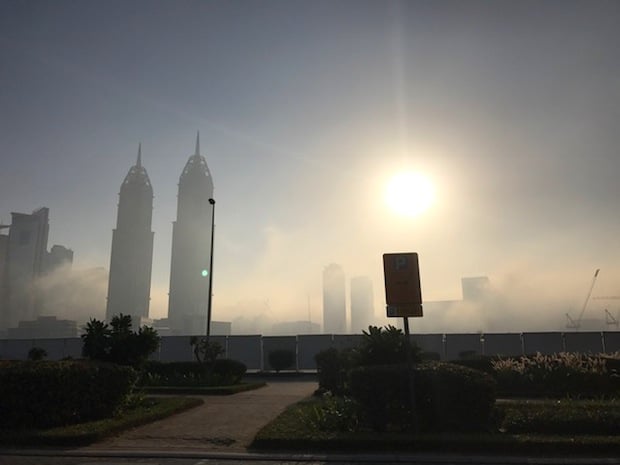 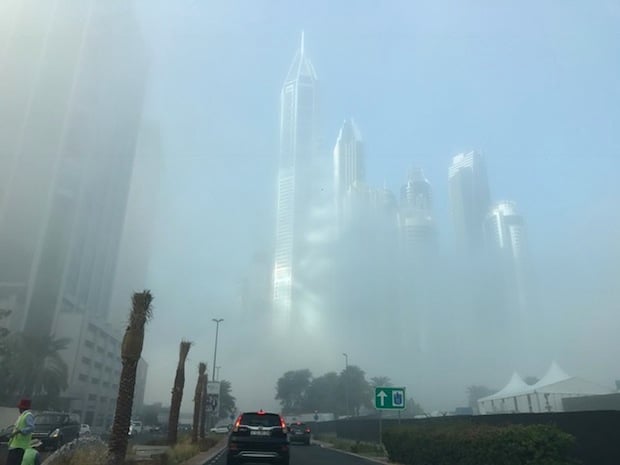 In its daily bulletin, NCMS said that partly cloudy weather can be expected over some areas, with moderate to fresh winds especially over the sea.

The relative humidity to increase by night and early morning over costal and internal areas, leading to fog/mist formation.

It also warned that seas will be rough in the Arabian Gulf – becoming moderate by night, and slight to moderate in the Oman Sea.

Temperatures will range between 12- 32 degree celsius across the country.

NCMS has also predicted the chance for fog and mist on Tuesday and Wednesday.