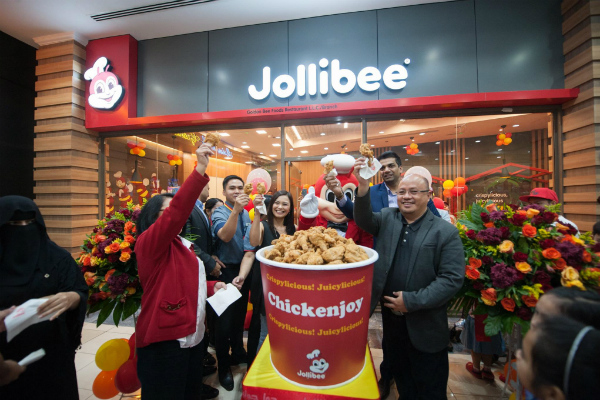 Philippine fast food chain Jollibee has announced plans to reach 25 outlets in the UAE by 2020.

The goal will see the firm more than double its existing footprint of 12 stores across the country following a recent opening at Al Ain Mall.

Jollibee, which operates in the UAE under Golden Bee Restaurants Pvt, said further openings were planned at Abu Dhabi’s Al Wahda Mall and Dubai’s Deira City Centre over the next quarter.

“The launch of the new restaurants is driven by strong demand from customers, thereby bringing the brand closer, not only to the larger Filipino community present in the country, but also to several other nationalities, which we hope will now have the opportunity to experience a new culinary delight,” said Jollibee UAE CEO Hisham Al Gurg.

“We remain dedicated to supporting the growth of the F&B sector, particularly the quick service restaurants segment in the country, with the launch of several additional restaurants over the coming years.”

To meet differing tastes in the Gulf region, Jollibee has expanded its fried chicken menu by offering beef burgers and other products and it will soon launch chatbot ordering via Facebook.

The GCC food and beverage sector is expected to grow 7.1 per cent a year from $130bn to $196bn by 2021, according to MENA Research Partners data.

Jollibee first launched in the UAE in 2015 and now ha 39 outlets across the wider Gulf including Saudi, Oman, Qatar, Kuwait and Bahrain. The company previously said it planned 100 stores across the region by 2020 to capitalise on the large Filipino expat population in most Gulf countries.

Read: Filipino fast food chain Jollibee to open 100 stores across the GCC by 2020

Globally the brand has nearly 1,300 stores including 1,074 in the Philippines alone.