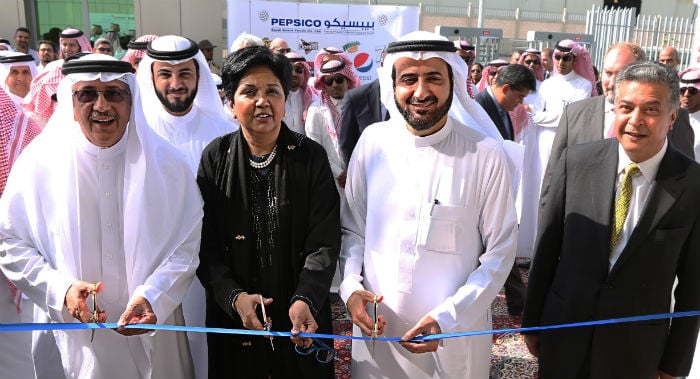 PepsiCo has opened a new manufacturing facility for snacks in Saudi Arabia, as part of wider plans to grow its presence in the region, it announced on Wednesday.

Located in Dammam, the plant is spread across 55,000 square meters and will employ 300 staff, including 40 women, a statement said.

Producing products such as Lays Forno, the facility – the company’s 15th in the Middle East – will supply the snack market across the Kingdom. No investment figures were disclosed.

Inaugurating the new plant, PepsiCo Chairperson and CEO Indra Nooyi, said: “The Middle East is a dynamic food and beverage market and a critical engine of growth for PepsiCo. Over the years, PepsiCo and Saudi Arabia have prospered together and the investment in this plant is testament to our belief in PepsiCo’s bright future in this country and the wider region.

“The plant will be a critical hub for our company, bringing some of PepsiCo’s best-loved snacks and newest innovations to Saudi Arabia and markets throughout the region,” she added.

The new facility was built in accordance with criteria set by Leadership in Energy and Environmental Design (LEED), and is expected to reduce PepsiCo’s environmental footprint by minimising waste and maximising energy efficiency, the statement said.

The company is counting on the Middle East as part of its overall plan to drive growth in developing and emerging markets globally.

The opening of the Dammam plant follows the recent launch of PepsiCo’s innovation center in Dubai’s Dubiotech, its first facility in the Middle East. The facility will serve as a hub of new products and flavors innovations for the company’s businesses across the region.

In recent years, PepsiCo has developed and launched a number of new products in Middle Eastern markets, including Lay’s Forno potato chips and Tropicana Frutz, developed specifically for the Saudi market and chips such as Sunbites and Grainwaves.

In June, the soft drinks giant, in partnership with Saudi diary firm Almarai, also announced plans to invest $345 million in Egypt over the next five years.