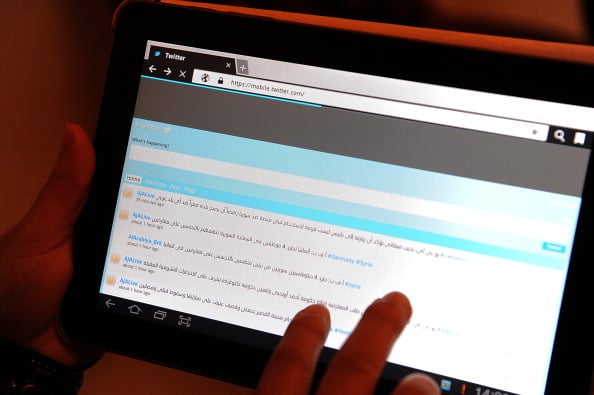 A 75-year-old Palestinian businessman is on a $10 million mission to boost Arabic on the internet, where it accounts for less than one per cent of websites despite being spoken by one in 20 people worldwide.

If Talal Abu Ghazaleh, owner of the education and professional services firm Talal Abu-Ghazaleh Organization (TAG-Org), has his way, the end of this year will see the launch of Tagipedia, a free online Arabic encyclopedia with a million entries.

“I see it as a means of building an Arab knowledge society, which is my mission in life … to contribute to the economic and social development of the Arab world,” he told Reuters.

About 350 million people, or five per cent of the world’s population, consider Arabic their first language, while hundreds of millions more are familiar with it through Islam’s holy book, the Koran.

Yet only 0.9 per cent of websites use Arabic, placing it 13th overall behind the likes of Polish and Dutch, according to the analysts W3techs.

“For a language with a great heritage and culture, that is very modest,” said the effervescent Ghazaleh, who says his company has spent more than $10 million developing Tagipedia over the past five years, and will fund its running costs, keeping it free of advertising.

TAG-Org, which has its headquarters in Jordan and 80 offices around the world, began as an accounting firm and has diversified into other sectors including education, information technology, intellectual property and legal services.

Ghazaleh describes the website as an act of philanthropy.

Unlike Wikipedia, whose content is created by users, Tagipedia will have a more traditional form, with all entries vetted for accuracy and relevance before publication.

Ghazaleh expects it to have one million entries by launch, compared to Wikipedia’s 235,000 or so articles in Arabic:

“Wikipedia is a great innovation and it helped collect, store and disseminate knowledge, but there has always been a call for enhancing the Arabic content on the internet.”

University students have been researching the entries, which are then vetted by academics and Tagipedia’s in-house experts.

The United States led the internet’s growth, which remains skewed towards languages with Latin alphabets, and English in particular.

Only 10 per cent of internet users in the Arab world can interact with English websites, according to Fadi Chehade, chief executive of ICANN, a group that manages some of the internet’s key infrastructure.

“What about the other 90 per cent?” he said. “Some don’t even have English keyboards.”

This may have contributed to Arabic speakers’ relatively small online presence; in 2011, 29.8 per cent of people in Arab states were using the internet, according to the International Telecommunication Union. This compares with 69 per cent in Europe and 53 per cent in the Americas.

Yet cyberspace, particularly social media, played a big role in nurturing and coordinating the Arab Spring uprisings that ultimately led to the exit of long-standing rulers in Tunisia, Egypt, Libya and Yemen.

Aware that other countries including Bahrain and Saudi Arabia have tried to nip such trends in the bud by controlling internet use, sometimes prosecuting bloggers, Ghazaleh is keen that Tagipedia should avoid political or religious controversy.

“Tagipedia is a library, no one has the right to post any information without verification. The content is vetted for data to be correct, useful and non-offensive to any person, authority, religion, culture or community,” he said.

“We have always refused donations or funding because we want to keep our independence.”

From late 2013, ICANN will start to release about 1,500 new generic top level domain names (gTLDs) – existing examples include .com and .net – and the roughly 120 non-Latin script names will be given priority, including include some in Arabic.

Although a welcome development, these will not necessarily lead to a sudden increase in Arabic language websites. Some countries including Egypt and the United Arab Emirates already have Arabic country domain names that are little used.

“What we’re missing in the Middle East is not so much the domain names as the industry that enables these names to actually flourish,” said ICANN’s Chehade.

Britain has thousands of internet domain name resellers, he said, while the Arab world has about five. For a truly Arabised internet, domain names must also read from right to left, not left to right, which only some search engines allow.

But above all, there is a need for Arabic content.

“The problem is that beyond newspaper websites we don’t have many other sites focusing on the Arabic language,” said Hamza Aboulfeth, the head of Genious, a Moroccan internet domain registrar that hosts about 20 top Arabic language websites.

“We don’t see new Arabic applications, we don’t see new start-ups dedicated to the language. It’s not just about having an Arabic website address – we need to create content that people want.”