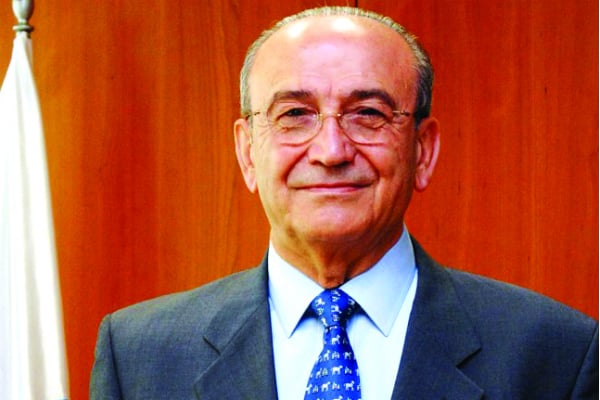 Sabih al Masri, a Palestinian billionaire and Jordan’s most influential businessman, was released after several days of detention in Saudi Arabia, the latest in a series of events marking the worst crackdown on the rich and powerful in the country’s modern history.

Masri, the chairman of Amman-based Arab Bank, the country’s largest lender, was detained last Tuesday hours before he was planning to leave after chairing meetings of companies he owns, sources said. He said on Sunday Saudi authorities had given him “all respect”.

The authorities have not commented on his detention, which came after his confidants had warned him against travelling to the Saudi capital following a series of mass arrests in early November, the sources said.

Sources familiar with the case said he was questioned about his links to Saudi partners among the royals, ministers and officials who were rounded up in last month’s crackdown.

His case carried echoes of that of Lebanese Prime Minister Saad al-Hariri, who announced his resignation from Riyadh, drawing accusations from Lebanese officials that he had been coerced by the Saudis. Both the Saudis and Hariri denied that, but Hariri later rescinded his resignation.

Arab Bank shares, which account for almost a quarter of the $24bn market capitalisation of the Amman exchange, ended just 1.44 per cent lower at start of weekly trade as investor fears ebbed with news of his release.

Officials and businessmen had warned of the reverberations of the crisis on an aid-strapped Jordanian economy already plagued by high debts. Saudi Arabia is a major donor.

Masri has since taking the helm at Arab Bank in 2012 helped boost confidence in one of the Arab world’s largest private financial institutions.

The bank, which was first established in Jerusalem in 1930, has a balance sheet of over $45 billion and has earned a reputation of resilience in the face of regional political turmoil.

Masri said on Sunday that he would be returning to Jordan after finishing business meetings in Riyadh in the next two days.

“All is well and am happy [to be released] and I was given all respect by everyone here,” a Saudi citizen of Palestinian origin, told Reuters from his home in Riyadh.

A member of a prominent merchant family from Nablus in the Israeli-occupied West Bank, Masri amassed a fortune by partnering with influential Saudis in a catering business to supply troops during the U.S.-led military operation to retake Kuwait from Iraq in the 1991 Gulf War.

Masri is the founder of Saudi Astra Group, which has wide interests in diversified industries ranging from agro-industry to telecommunications, construction and mining across the region.

Reasons for Masri’s detention were not clear, but political sources said the Saudis might have used him to put pressure on Jordan’s King Abdullah not to attend a Muslim summit last week to discuss U.S. President Donald Trump’s decision to recognise Jerusalem as Israel’s capital.

The Jordanian monarch attended the Istanbul summit, however. He is a custodian of Muslim holy sites in Jerusalem and has been vocal in criticising Trump over his decision on Jerusalem.

Saudi Arabia, whose relations with the United States have warmed with Trump taking a harder line against its arch-rival Iran than his predecessor, appears to have taken a softer line on the decision on Jerusalem than in the past, according to analysts. Riyadh sent a junior minister to the Istanbul meeting.