The outlook for GCC trade with East Africa - Gulf Business 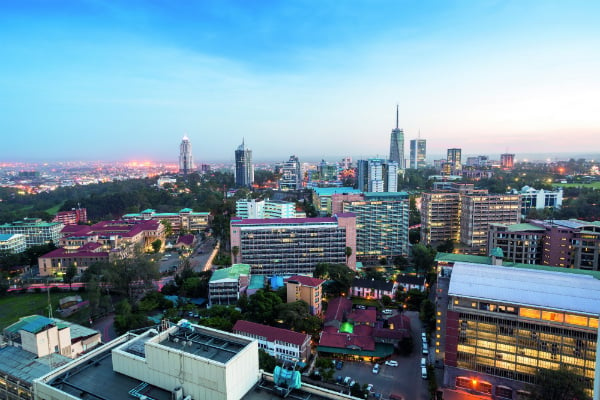 Countries in East Africa have enjoyed close links with the UAE since well before the union was even formed in 1971.

Similar time zones, shared culture and a common sense of entrepreneurship have long made the UAE and countries in East Africa natural trading partners. Add to that convenient air links facilitated by Etihad, Emirates and FlyDubai, and the picture gets even stronger.

Important investments by UAE based companies serve as critical examples of these links, such as DP World’s investment in a logistics centre in Rwanda. Dubai-based Abraaj – one of the largest private equity companies in the world – raised $1.3bn for two funds investing in the continent, and the Dubai Chamber of Commerce has opened an office in Nairobi, it’s fourth on the continent.

Much of this investment and trade has been a result of impressive gross domestic product growth in the regional powerhouses of East Africa: Kenya, Tanzania and Ethiopia. But while relations with the UAE are virtually unshakable, and around 5 per cent of GDP growth is set to continue in East Africa, investors have become increasingly reticent over the region’s outlook in 2017.

At Teneo, we are advising clients and investors to watch out for two key themes in East Africa and Sub Saharan Africa throughout 2017.

Voters throughout Africa – particularly on the continent’s east – are no longer apathetic. They showed up in droves last year for several elections and in 2017 they are likely to continue to show enhanced activism over their political rights. As seen elsewhere, platforms like Facebook, WhatsApp and Twitter will play an increasing role in elections and political activism on the continent.

A key election to watch in 2017 will be Kenya’s general election on August 8. Kenya remains the largest and most vibrant economy in East Africa and anytime there is political or economic volatility, it is felt well beyond its own borders.

President Uhuru Kenyatta will seek to secure re-election in what is expected to be a competitive campaign both at the presidential and gubernatorial levels.

He is going to have to confront strong anti-incumbency feelings among the electorate, with voters not entirely satisfied with his anti-corruption efforts. And while he remains in a good position to win, the continuing infringement of key institutions in the country that oversee the electoral process – namely the judiciary and the electoral commission – mean the stakes have been raised.

The polls in August will certainly be highly contested. The eroding confidence in the electoral commission and judiciary are at levels reminiscent of 2007, when the lack of trust in these very institutions laid the ground for the country’s post-election violence. This lack of credibility could trigger significant social unrest if the August polls are close or the results contested, which will have negative ramifications for the entire East African region.

Elections in Sub Saharan Africa tend to be unpredictable, but the trends over the past two years serve as an intriguing precursor for 2017. We’ve seen major political shifts and peaceful transfers of power in Nigeria, Ghana and Gambia. In South Africa and Tanzania the popularity of the old ruling parties the Africa National Congress (ANC) and Chama Cha Mapinduzi (CCM) have diminished.

The US Federal Reserve has indicated that interest rates may rise three times this year, following December’s first jump in nearly a decade. This is good news for the US economy as well as the dollar, but for the economies in East Africa and Sub Saharan Africa, we should anticipate a difficult year, particularly for markets exposed to US dollar denominated debt.

With GDP growth having decelerated to the lowest level in more than 20 years, the outlook for SSA economies is decidedly mixed. Even though East Africa will exceed the SSA average GDP growth of 3 per cent, we should anticipate a number of economic headwinds in 2017.

The full effects of the economic downturn in many commodity-dependent nations are still playing out, particularly where governments have been slow to adjust macroeconomic policy. Moreover, following record debt issuance between 2013 and 2015, poor economic performance is also raising doubts over debt sustainability leading to a potential future debt crisis.

Rwanda, Ethiopia and Kenya have all issued $3.4bn worth of Eurobonds, with all three having expressed interest in returning to the market again.

For its part, Kenya may be heading into trouble longer term, particularly if the 2017 elections prompt a massive spending splurge including public sector wage increases in the education and healthcare sectors. The government already plans to borrow more, including a $1.5bn bond issuance to boost foreign exchange reserves and plug its budget deficit.

Ethiopia, a country with its own FX shortages, will also see difficulties in debt repayments, particularly considering that these payments will become even more expensive with a strong dollar. What seemed like good deals in 2014 and 2015 will now be even more costly for many of these governments.

In addition to debt pressures, there is also the unanticipated risk of what rising oil prices may bring to the region. Although an increase in oil prices will help alleviate a lot of the pressures oil-exporting countries are currently experiencing like Angola and Nigeria, any sharp increase will serve as a disadvantage to a number of East African countries who are net importers of oil.

However, a silver lining for the region if oil prices go up will be the continued development of the nascent hydrocarbons sector. Sustained investment in this sector will not only be beneficial for the region, but will position the UAE and GCC as important strategic partners and investors in making the East Africa a regional energy hub.